As of writing this article realme Europe has not yet officially confirmed launch event of these phones, but we can soon expect the brand to make an official announcement. Both devices have already launched in India and other Asian markets. Currently in India the realme Narzo 50a costs ₹11,499 for 4GB+64GB variant and ₹12,499 for 4GB+128GB variant, while the cheaper realme Narzo 50i costs ₹7,299 for 2GB+32GB variant and ₹8,999 for 4GB+64GB variant. 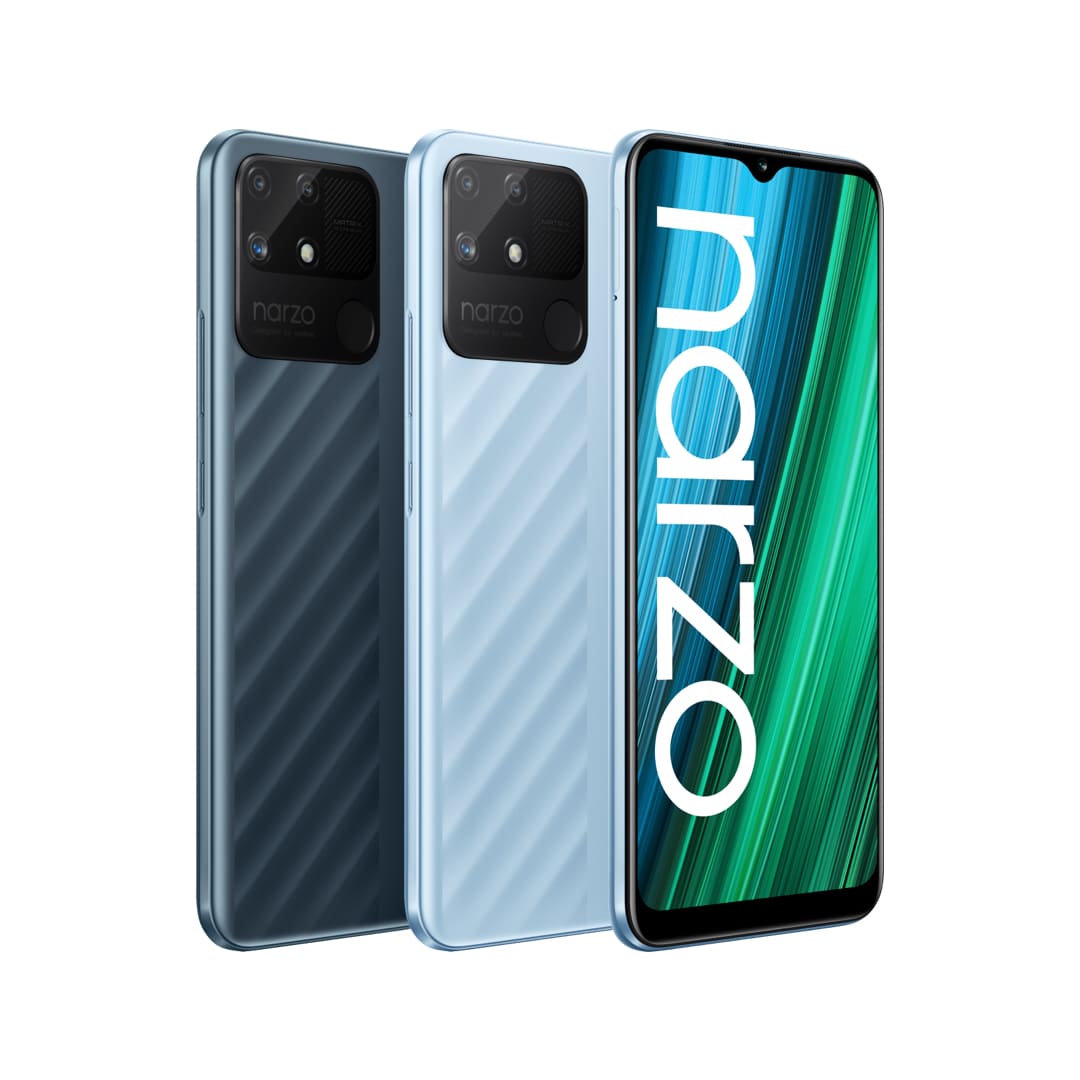 Realme Narzo 50a in Green and Blue

The realme Narzo 50A is powered by a 4G MediaTek Helio G85 processor. It has a 6.5 inch mini-drop screen with 720×1600 pixel resolution. For optics the phone has a triple camera setup on rear with a 50MP main camera and dual 2MP cameras for Portrait and Macro shots respectively. Its front is occupied by a 8MP camera for taking selfies. It has dual nano SIM support with dedicated microSD slot for expanding storage up to 256GB. The device packs a massive 6000mAh with support for 18W Quick Charge over a USB Type-C port. On software side it runs on realme UI 2.0 based on Android 11 OS. Box contents will include a realme Narzo 50A smartphone, Charger, USB-C cable and Screen protector. 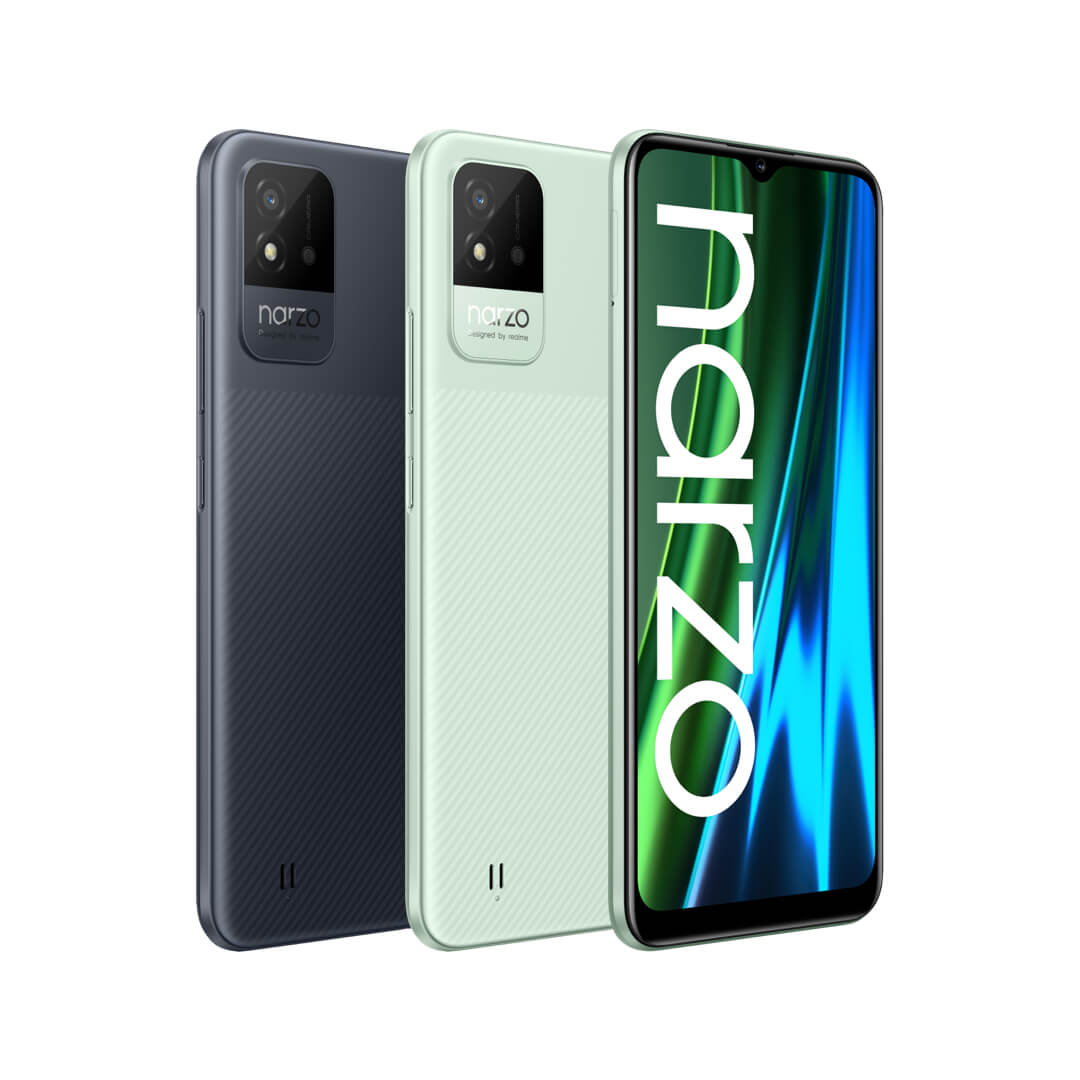 Realme Narzo 50i in Black and Green

The Realme Narzo 50i runs on UNISOC SC9863A CPU based on 28nm manufacturing technology coupled with PowerVR GE8322 / IMG8322 GPU. It has a 6.5 inch mini-drop screen with 720×1600 pixel resolution. It has a single 8MP camera on rear and 5MP camera on front. It has dual nano SIM support with dedicated microSD slot for expanding storage up to 256GB. The device is powered by a 5000mAh battery with 10W charging over Micro USB. It runs on Realme UI Go Edition based on Android 11, which is a toned version of realme UI 2.0 for low spec’d phones. Box contents will include a realme Narzo 50A smartphone, charger, Micro USB cable and screen protector.