Very few companies manage to turn their fortunes around like AMD has. From a Microsoft buyout and Bankruptcy rumors in 2015 to posting a revenue of $1.27 billion in Q1 2019, beating market expectations. Development of the Zen architecture was really important for AMD, if it turned out anything like the Bulldozer fiasco the company would be in deep trouble today. Anyways, that wasn’t the case and AMD managed to impress with their strong product lineup built on the Zen architecture.

Between Bulldozer and Zen, there was a big time gap and Intel virtually had zero competition for a while, this somewhat resulted in a growing price premium on their products with many consequent processors series being just refreshes. Now that AMD is back with a terrific lineup in both the server and the home desktop market, Intel is getting some heat. In a leaked internal memo meant for Intel employees, the company now acknowledges AMD as a strong competitor.

The post was titled as “AMD competitive profile: Where we go toe-to-toe, why they are resurgent, which chips of ours beat theirs“, it delves into some interesting points but there’s no new information.

The post mentions some of the challenges faced by Intel stating “What accounts for AMD’s resurgence as a formidable Intel competitor? In part, it may be the company’s strategic re-focus on premium high-performance products for the desktop, datacenter, and server market segments.”

Intel CPUs were always the top choice for x86 HPCs around the world but AMD is now competitive on this front too with their EPYC server lineup. AMD EPYC processors and Radeon Instinct GPU’s now power the Corona Cluster at Lawrence Livermore National Lab. The memo addresses this stating “AMD has recently been gaining some traction in winning public cloud offerings. And competition from AMD is shaping up to be especially tough in high-performance computing. HPC performance is usually driven by the number of cores and the number of memory channels (or memory bandwidth). Intel is challenged on both fronts.” continuing “AMD’s upcoming next-generation Zen-core products, codenamed Rome for servers and Matisse for desktop, will intensify our desktop and especially server competition. The latter is likely to be the most intense in about a decade. At Computex, AMD announced that Matisse, the company’s 3rd Gen Ryzen 3000 series processors, would be available starting July 7.” 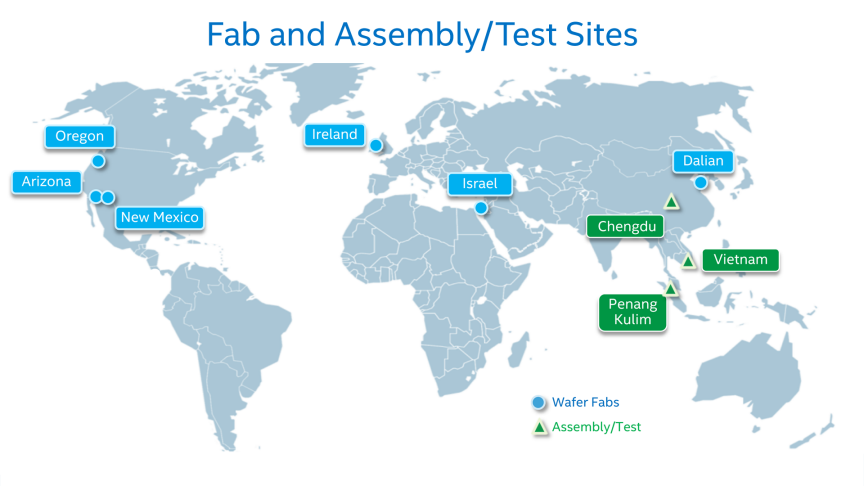 Intel has fabrication plants around the world which means fabrication is done in-house. AMD on the other hand have their chips manufactured by third-party fabs (TSMC and GF). The Intel memo puts this as a distinct advantage stating “By leveraging TSMC’s 7nm manufacturing – AMD no longer manufactures its own chips – AMD can drive higher core counts and higher performance than it could previously with Global Foundries as its in-house manufacturer. These 7nm products will amplify the near-term competitive challenge from AMD.

It means that they have the flexibility to use whatever process technology they want, whatever process is best for their products. TSMC offers an advantage in terms of process node advancements. [See the Circuit News competitive profile on TSMC.] They’re using their 7 nm process, and with that they get a per-core frequency bump and lower power, which means they can scale to more cores per processor.

– On Why does it matter that AMD is going to TSMC for manufacturing?

Intel also released 10nm “Ice Lake” products this year, although they were all mobile CPU releases for laptops. 10nm High-Performance Desktop CPUs haven’t been announced yet. The circular also mentions this, stating “Our focus needs to be on getting our execution in shape as soon as possible. We’re in a competitive time partly because of our execution issues, whether that’s related to our process technology node, or to our products that intercept those nodes. So I think that execution to our roadmap and strategy will help tremendously.”

The circular attributes Intel’s success to a few key areas. “Intel’s secret sauce is not a single ingredient. Rather, it is the six pillars of innovation – process, architecture, memory, interconnect, security, and software“. Most of it here can be agreed upon but it would be fair to take points away from Security. Intel CPUs were massively affected by Speculative Execution flaws and many of the patches directly affected end performance.

They also talk about software support here and it still remains a distinct advantage for Intel.

Software, one of the six pillars, has long been an unheralded Intel advantage. A key piece of our company’s competitive strategy is to highlight our software smarts vis-à-vis AMD. Intel-designed software or software code contributions – which can touch everything from the Linux kernel to Adobe Lightroom

These often under-the-hood software assets differentiate Intel from AMD and can deliver a better experience to end users and customers. One metric of Intel’s software strength: Our company’s 15,000 software developers. That number is more than all of AMD’s employees.

As we mentioned earlier, Intel does have a price premium over similar offerings. AMD has always been a value-oriented brand, both in the CPU and GPU space. Until recently they didn’t compete in the high-end product space but instead focused on strong mid range offerings.

The circular also touches on this subject, stating “Intel is a premium brand. At times, and on some workloads, we might dip below on performance, like the second half of this year. At other times, and on other workloads, we are 3x or more the performance. Our pricing will continue to reflect the value we deliver to our customers.” They also state “Additionally, I would say users don’t buy a chip. They buy a system. They buy a whole solution that includes software enabling, vendor enabling, validation, technical support, manageability, out-of-box experience, supplier sustained consistency, and more. So, yes, while an OEM or ODM might buy a chip, the end user doesn’t generally buy only a chip. We believe that our product pricing vis-à-vis AMD reflects the great deal of added value that specifically comes from buying Intel with our decades of unmatched investments in validation, software, and security.”

All in all it was a fun read although most of it was common knowledge. This circular was posted on “Circuit News” which is a Intel employee-only portal. The memo was leaked on Reddit and you can read the full thing here.