There have been many inquiries by users who have been encountering the “%Windir%” folder in either error reports or other commands. In this article, we will discuss what is meant by the implication and also teach you a method to check what folder the particular command represents. 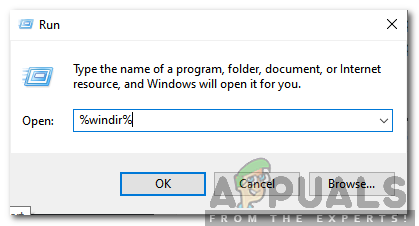 %windir% commandWhat is meant by “%windir%”?

Usually, we see certain commands that include two percentage symbols before and after them. These commands are used to open a folder or to represent a folder. The “%windir%” command represents Windows’ main folder in which all the important files are stored. This folder is located inside the main directory of Windows and it requires special permissions or an administrator account to be opened.

Windir refers to the root directory

A lot of system folders in Windows can be opened directly by typing their names with a percentage symbol before and after them. It is important for the folders to be unique in order to open them. You can also type in “%systemroot%” in the Run prompt and press Enter to open the Windows folder. It refers to the root directory of Windows. 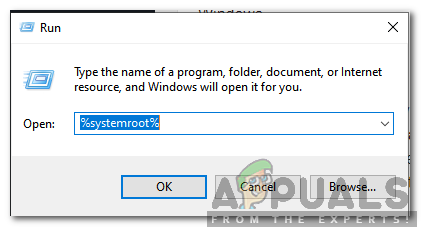 Users can also type in “%systemroot%” and press “Enter” to open the main directoryHow to Check What Folder a Particular Command Refers to?

There are many commands which have the percentage symbol before and after them. When these commands are typed into the run prompt and executed they open a particular folder/directory. If you want to be sure what folder a particular command refers to, you can echo its location before executing the command. This will help you to identify the folder and might prevent certain security risks.