Finally, the wait is over for the Asus fans as the company’s latest best gaming-phone Rog Phone 2 goes global. Apart from the standard variant, the company also announced an ultimate variant with 1TB native storage. The worldwide availability of the Rog Phone 2 will certainly attract the customers from across the globe. However, the first question in everyone’s mind is whether Rog Phone 2 is currently the best gaming phone or not?

The gaming phones competition was pretty sparse last year, the original Rog Phone was one of the most powerful gaming phones of the last year. This year Asus brought improvements in almost all departments to fortify their position in the gaming phones market with the Rog Phone 2. Today we will put the latest Rog Phone 2 against the Razer Phone 2 to know in detail the pros and cons of both the phones.

We are hopeful this comparison will help you better deciding which gaming smartphone is better in what aspects. Without any further ado, let’s kick off with the design as it is the first aspect buyers consider while buying a new phone.

With the original Rog phone, the company introduced a new aerodynamic design. The company retained a similar design language for the second-gen of Rog Phone. The chassis is made up of stainless steel with corning Glass 3 protecting the rear side. The customizable backlit logo is once again on the rear side.
The Rog Phone 2 is gigantic with a max thickness of 9.78mm and 240g weight. It certainly won’t be the first choice as a daily driver due to hefty size. 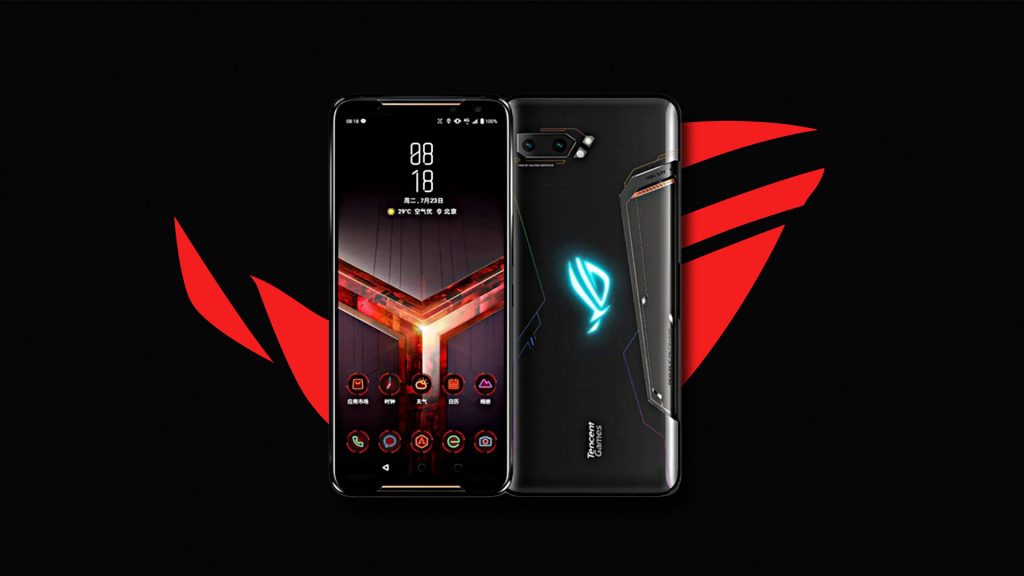 Despite having a somewhat similar design like its predecessor, it still looks premium. The Rog Phone 2 comes with two pressure-sensitive buttons on the right edge dubbed as Air Triggers. For connectivity it comes with two USB-C port, one on the left edge for the accessories whereas the second port on the bottom is for charging. The power button is on the right edge.

The Razer Phone 2 also retained the similar design language like the first-gen phone. Upfront you will get thick bezels at the top and bottom of the display. The bezels have dual front-facing stereo speakers. The volume controllers and power button are on the right edge. The fingerprint scanner is embedded under the power button. The first prominent change in the design is glass rear instead of metal. The Corning Gorilla Glass 5 is protecting the rear side of the device. The dual cameras setup is aligned horizontally on the rear side at the top center. The back-lit RGB Chroma Razer logo is on the center of the rear side. 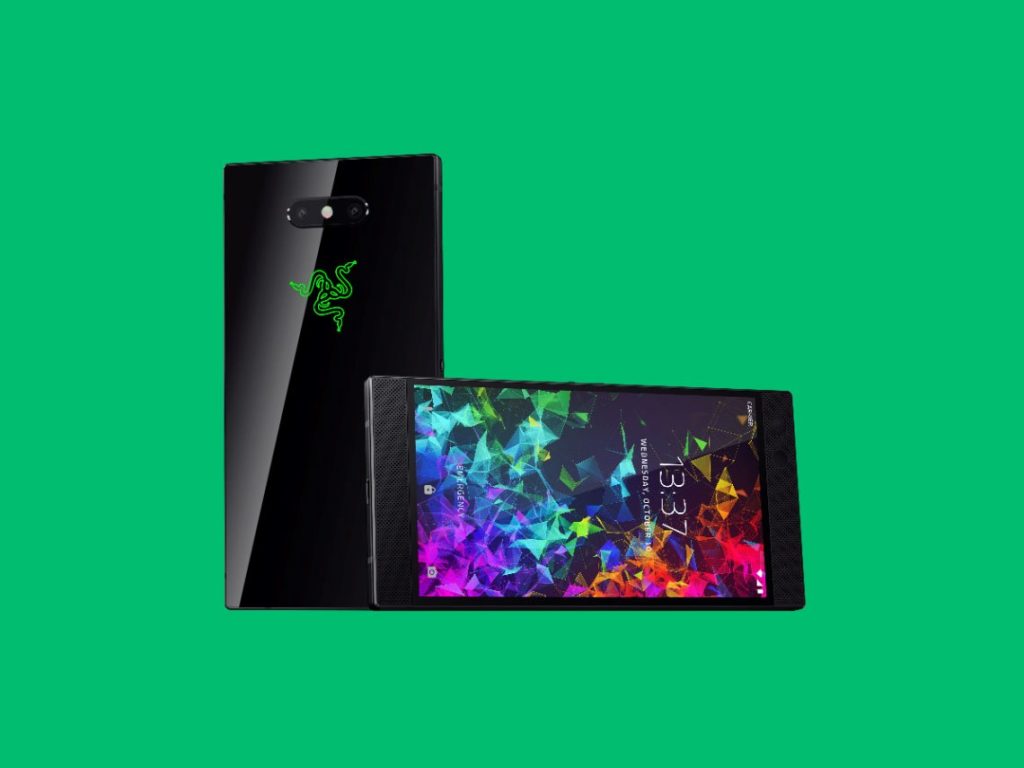 The device measurements are 158.5 x 78.99 x 8.5mm. Despite having a boxy design with flat edges it can be grabbed single-handed easily. It lacks the traditional 3.5mm headphone jack instead it features USB-C port for charging and headphones. The good thing is it comes with Type-C dongle straight out of the box. For enhanced audio experience it comes with 24-bit DAC. In terms of looks the Rog Phone 2 looks more refined with its round edges design whereas the blocky design of Razer Phone 2 looks dated.

Being the gaming-centric phones both the devices are packed with Hi-res display. The Rog Phone 2 features a 6.59-inches AMOLED display panel with Full HD+ screen resolution of 1080 x 2340 pixels. The best thing about the display is the 120Hz refresh rate which makes it super smooth and ultra-fast. Thanks to AMOLED display panel the contrast ratio and saturation level is pretty great.

The colors reproduction, contrast ratio, and refresh rate are quite important for gamers. The Rog Phone 2 has all ingredients of a great display. The higher refresh rate makes it super smooth even playing Hi-Res graphically demanding games. The 240Hz touch-sensing provides instant virtual response while playing games. Last but not least the Rog Phone 2 display is HDR10 compliant which makes it a desirable option while watching HDR content from Netflix and other service providers. 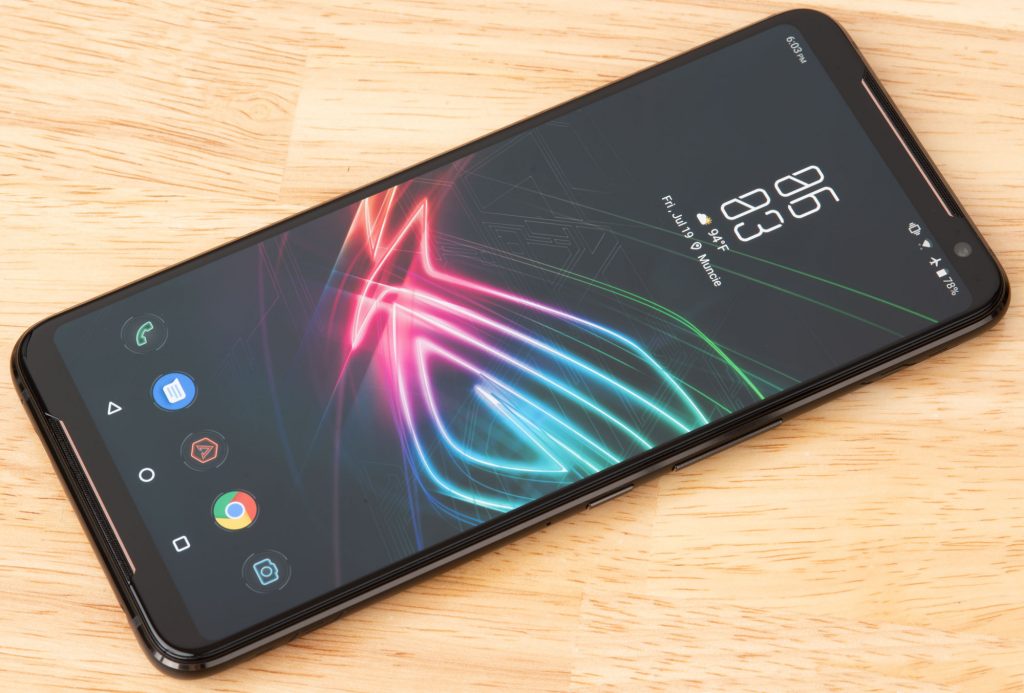 One of the key selling aspects of the first-gen Razer Phone was 120Hz display with Quad HD screen resolution. The IGZO display panel from Sharp wasn’t amongst the brightest display in the market that’s why the users face problems in using it under direct sunlight. Once again Razer opted 5.7-inches UltraMotion display panel for the Razer Phone 2 with Quad HD screen resolution and 120Hz refresh rate. The company resolved the dullness problem by increasing the brightness of up to 645 nits. Unlike the Rog phone 2, you can choose the Razer Phone 2 display refresh rate from three presets including 60Hz, 90Hz and 120Hz.

The Quad HD screen resolution is 1440 x 2560 pixels and the pixels density is 515 pixels-per-inch. By default, the display screen resolution is Full HD to save battery juice. However, you can set it to Quad HD from the settings. The display aspect ratio is 16:9 due to thick bezels. Still, it looks dated even in front of three years old LG G6.

Under the hood both the phones are powerhouses, however, the Rog Phone 2 has the advantage of being the latest. It is running on the Qualcomm’s Octa-core Snapdragon 855+ chipset with max clocking at 2.96Ghz. The Adreno 640 is on board to take care of graphics. The Octa-core chipset is accompanied with 12GB of RAM. The base model built-in native storage is 128GB whereas the top-tier model has 512GB storage.

The Snapdragon 855 Plus is 15% more efficient in terms of CPU and GPU performance and also comes with Elite Gaming suite for the top-notch gaming experience. To ensure the Rog Phone 2 remains cool even on hefty usage it is packed with three different thermal management system including vents, Vapor cooling chamber, and heat dissipation plate. As OS the device is pre-installed with Android Pie with Rog UI skin over it. 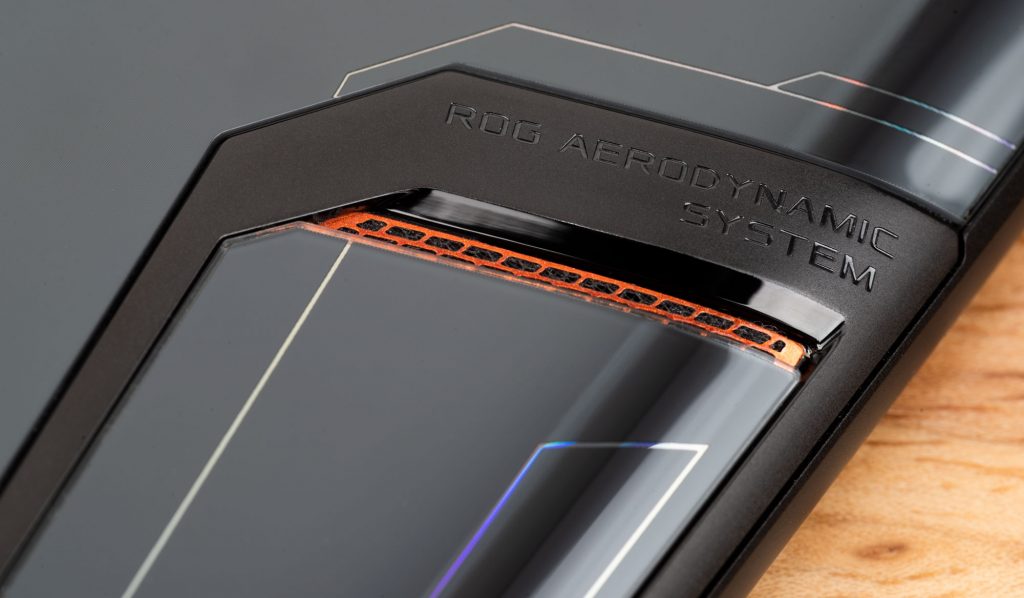 Being almost a year older phone the Razer Phone 2 is running on the Qualcomm’s Octa-core Snapdragon 845 chipset with max clocking at 2.8Ghz. It was amongst the fastest phones last year, however, that’s not the case this year. To dissipate the heat on heavy usage it comes with custom vapor chamber. It remains cool even on hours of gameplay. As OS the Razer Phone 2 was announced with Nova launcher based on Android Oreo 8.1 straight out of the box. Earlier this year the company rolled out the Android Pie update.

A  fairly large 6,000mAh battery cell is on board to keep its lights on and supports 30W fast charger. Asus claims the device can be charged up to 4,000mAh in just 58 minutes. It can survive for 7.1 hours if you are playing PUBG at 60 fps.

The Razer Phone 2 is packed with a 4,000mAh battery cell. The device easily lasts one day on a single charge. However, dullness affects the usage of the phone in direct sunlight. If you keep the brightness level to full beam the device battery juice may vanish before the end of the day. It supports Quick Charge 5 for fast charging and also supports RGB charging dock.

Despite being the gaming-centric options both the devices have decent cameras setup. The Rog Phone 2 doesn’t bring one of its kind cameras but it has enough prowess to be used as a daily driver. Like most of the latest phones, the primary snapper on the rear is 48MP sensor with 4 into 1 pixel binning tech. The four pixels combine to produce a 12MP shot. The secondary snapper on the rear is an ultra-wide-angle 13MP sensor. It can record 4K videos at 30/60 fps. Upfront the selfie snapper is 24MP sensor. 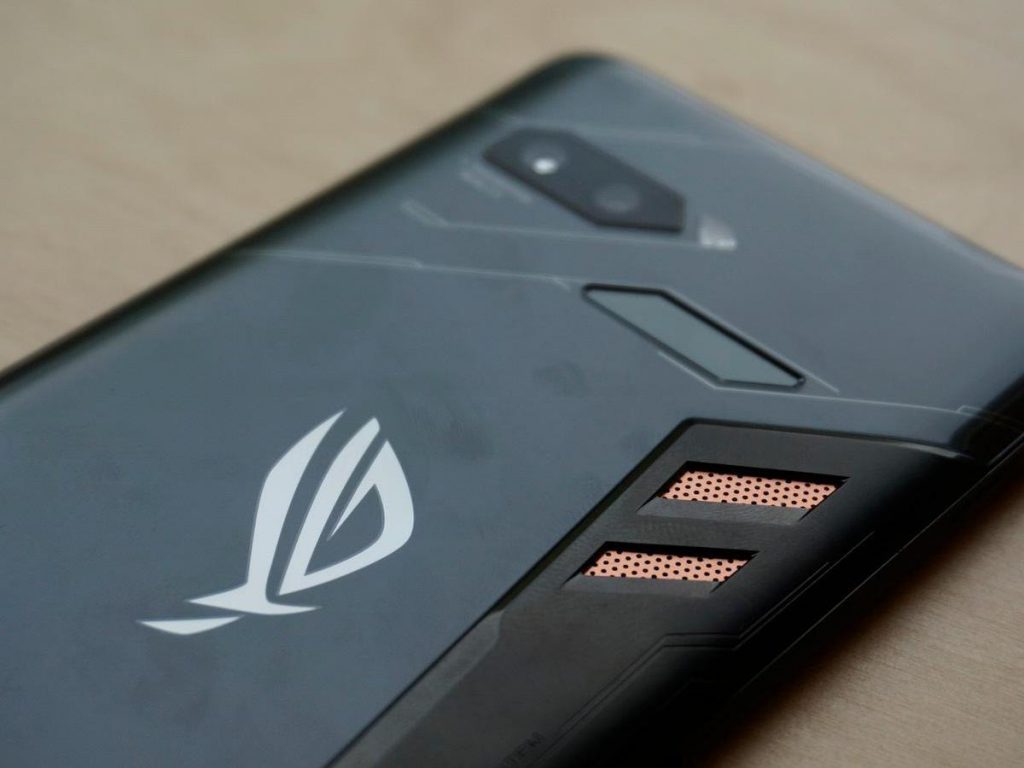 The Razer Phone 2 also has dual cameras setup on the rear side. The primary snapper is wide-angle 12MP sensor with f/1.75 aperture whereas the secondary snapper is a 12MP telephoto sensor with f/2.6 aperture and optical zoom up to 2x. The primary snapper has optical image stabilization which helps in recording videos. The other special goodies are portrait mode, panorama and beauty mode. It also supports 4K recording but lacks support for slow-motion recording. The front-facing selfie snapper is 8MP with f/2.0 aperture.

Feel free to share your thoughts regarding the Rog Phone 2 vs Razer Phone 2 in the comments section below. Stay tuned, we will keep you updated.