The dark mode is now considered to be a very anticipated feature after the release of iOS 13 and Android 10. Since both of these platforms support system-wide dark mode functionality. Developers are now keen to offer dark mode to their users. Almost all the major platforms including Twitter, Facebook, Instagram, Google Chrome, and LinkedIn have already launched the feature. However, it has been a year that WhatsApp is working on its implementation.

Now it seems like the popular chat application is gearing up for its release within the next few months. Although dark mode is still in works, the updates released for WhatsApp beta on Android teases the look of the upcoming feature.

According to WABetaInfo, WhatsApp’s Dark Mode implementation will feature a dark green/blue color scheme. The new color scheme seems contrary to the gray or black theme you can see in other apps. Moreover, the feature will comply with the system-wide dark mode settings of your phone.

It is worth mentioning that there are many apps (including YouTube for Android) that do not support dark mode on the splash screen. Facebook’s engineers have already addressed the issue and the splash screen is expected to support the default theme.

As you already know, you can add a WhatsApp widget on the home screen of your Android phone. The widget allows you to read your messages without opening the application in reality.

Some Android users who are enrolled in the WhatsApp Beta program have recently noticed that the news preview widget now supports dark mode. However, there is no option yet to enable the functionality on your phone. 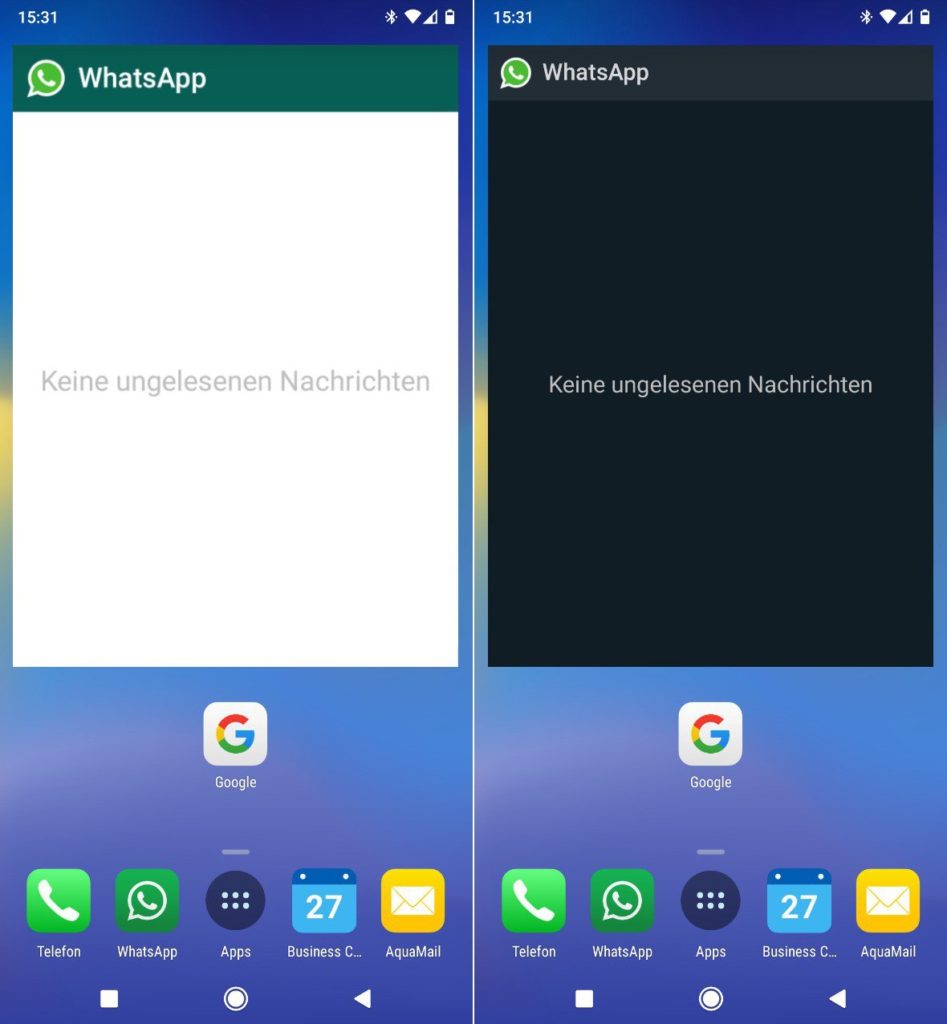 It looks like this experimental feature is only available to a subset of WhatsApp Insiders. First, you should enable the system-wide dark mode settings. Secondly, you should be running WhatsApp beta for Android version 2.19.306 to be the potential candidate to get the widget in dark mode.

It seems like WhatsApp developers want to go through an extensive testing phase before rolling out the feature for everyone. The company is yet to announce a release date. The recent development indicates that dark mode is not too far from reaching our phones.