With all the rumours rounding down to the upcoming PlayStation (let’s just call it PS5), there have been things that were missed by the news. According to an article posted on WCCFTECH, Sony filed a patent earlier this year. 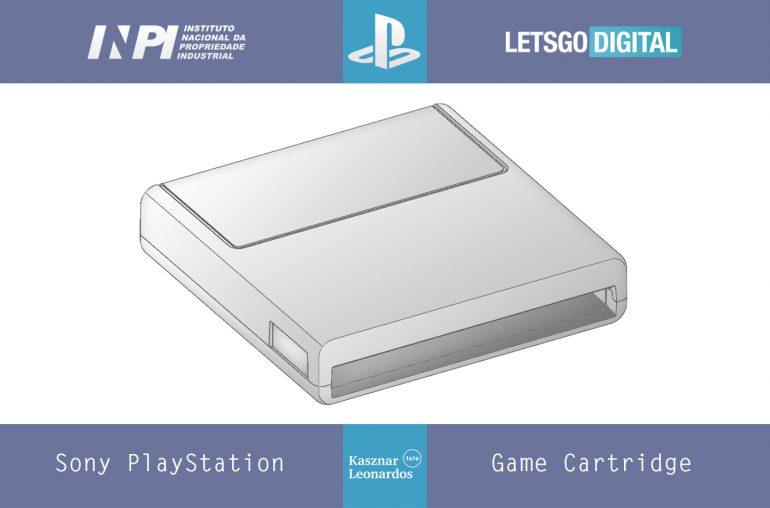 Render of the cartridge

One may wonder what this patent was for and to our amaze, it was for a cartridge. The patent was submitted in Brazil and the design was by Yujin Morisawa, as noted by LetsGoDigital. According to the news, the patent is a cartridge which puts it deep inside the peculiar territory. It should be noted that all previous patents have been for the upcoming PS5 which does not run games on a cartridge. Instead, according to the announcements, it would be running triple-layered Blu-ray disks. Then the question again arises, what could this be for.

Screenshot of patent – Via LetsGoDigital

Upon diving deep into the thought process, we realise that the company had introduced the PS Vita a couple of years back and it, in fact, did use cartridges for games. While the console is discontinued and Sony has shown no signs of continuing, or, working on a new one, this does seem a bit implausible. This is where the article reiterates that perhaps Sony could have something conjured up inside the covers. Considering how much of a success the Switch has been, Sony would like to pierce into the market once again. After all, the original PSP did quite well, back in its day.

There are still a lot of ifs and buts in the equation right now. Would it even be a good idea for Sony if they are working on a portable console? Are these just rumours or could this amount to something? For the latter, considering the entire news process, looking at precedent, the news does look quite legitimate. Perhaps Sony does have something in the works. As for the former question, it is still quite difficult to say. While the Switch does have the market in its grasp, there are still a bunch of titles and classics that only PlayStation devices would run. Perhaps that could set it aside, apart from the price, the graphics, the form factor and other variables. One thing is for sure though, we would get to know pretty soon as news doesn’t stay on the hush side, nowadays.