In last few weeks or so Huawei is in limelight not because of its smartphones or chipsets. The trade ban forces US companies to don’t have any business practices with Huawei Technologies. Later on, the company gets a 90-day reprieve. Since then most of the news related to Huawei was not in favor of the company.

However today the company Product Line president He Gang confirmed on Weibo the company is all set to become the first smartphone brand with two chipsets built on the 7nm process. 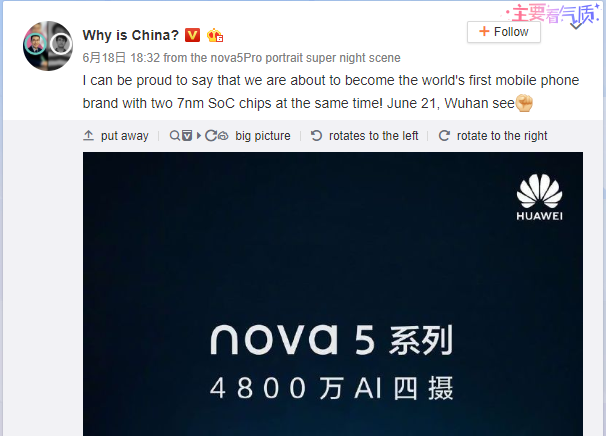 The Kirin 810 SoC is in rumors as the next 7nm chipset from Huawei. The official confirmation confirms the Kirin 810 existence and its imminent release. The last few years were pretty good for Huawei as the company surpassed Apple to become the second largest smartphone brand in the market. The Kirin 980 is currently rated amongst the best performing chipsets available in the market. It was launched in Q4 last year as the first 7nm chipset in the Android market. It was the same chipset powering the Huawei flagship Mate 20 and P30 series.

Gang’s Weibo post also confirms the Nova 5 will be the company’s first smartphone with the new 7nm chipset. The Kirin 810 SoC is expected to be released as the direct successor of Kirin 710. From what we heard so far the Kirin 810 will be an Octa-core chipset. The dual ARM Cortex-A76 custom cores will take care of HiFi tasks whereas the day runner tasks will be catered by six ARM Cortex-A55 core. The Mali-G52 will be taking care of graphics. 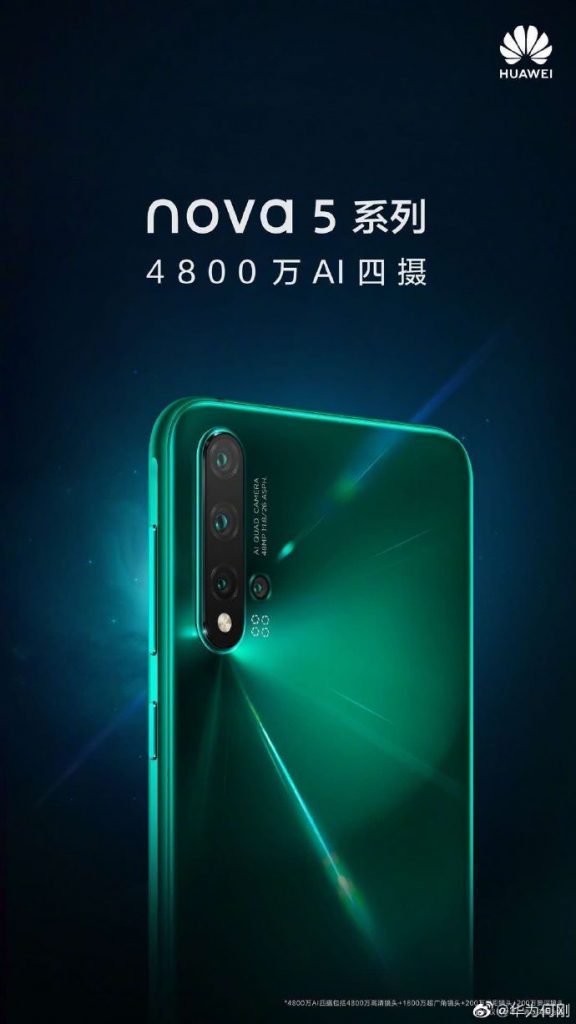 The shared render confirms a few key details regarding the Nova 5. The device is featuring glass and metal sandwich design. The volume and power controllers are on the right edge. The rear side has quad cameras setup on the top left corner with dual LED flashlight. It lacks a traditional fingerprint scanner on the rear side which means it will have an under-glass optical fingerprint scanner. The primary snapper on the rear is a 48MP sensor.

As per so far info, the Nova 5 will have a 6.39-inches AMOLED display with Full HD+ screen resolution. Up front, the selfie snapper will be 32MP. A 4,200mAh battery cell is on board to keep its lights on. It is also expected to have 40W fast charger straight out of the box.