Apple has been under fire by Android fanboys for ages. It’s not just them though, anyone who likes the bucks in his/her bank. It is true, Apple is not the softest touch when it comes to one’s pocket. Their choice of products come under fire too. Features lodged in those products are quite controversial too. One cannot forget that Apple was the first industry giant to lose the headphone jack. A feature Samsung continues to coin on and take a “notch” at Apple (no pun intended). 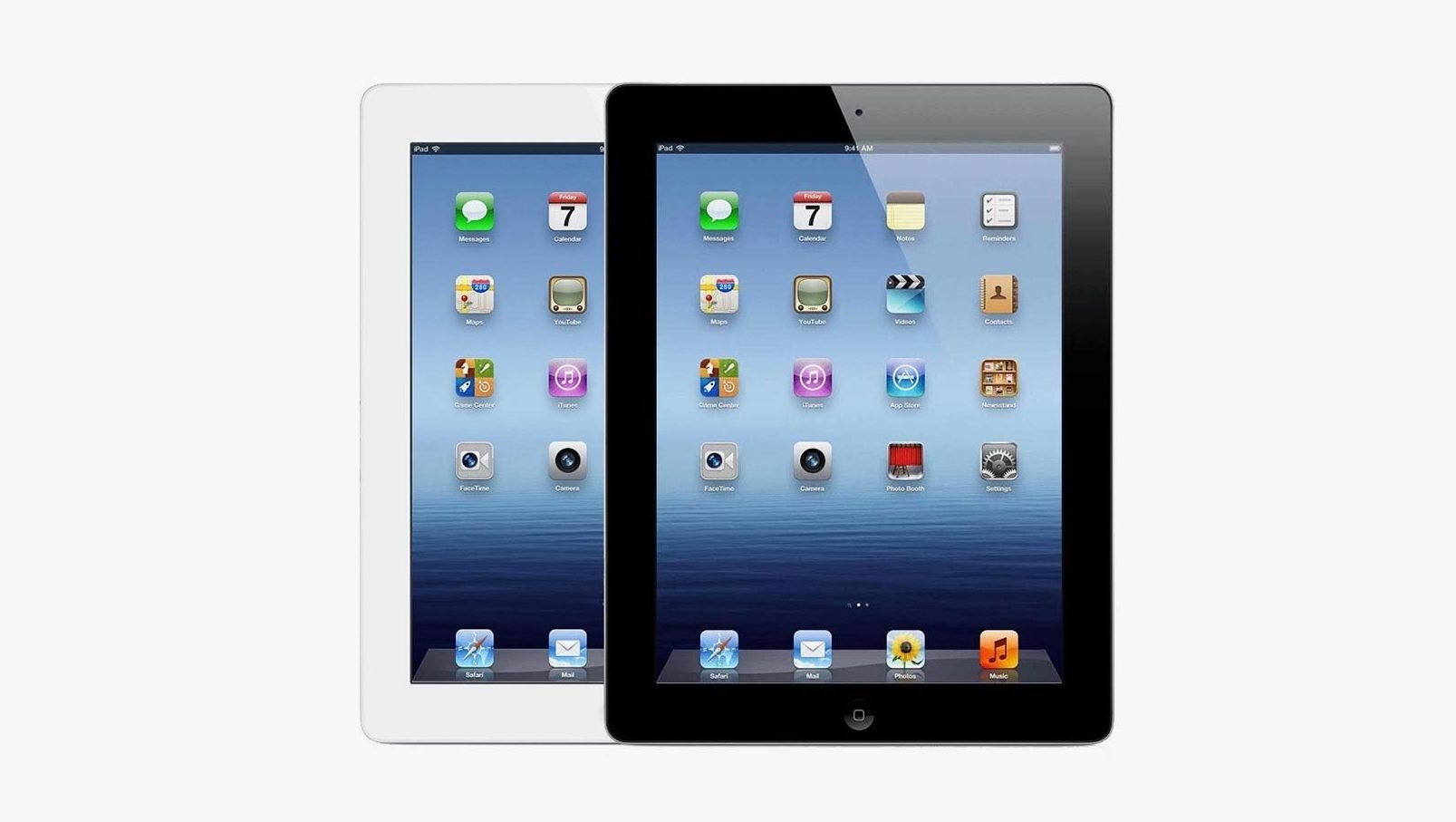 Many may argue that Apple has lost the touch it had back when Steve was in charge. That’s Steve Jobs btw, not Wozniak. Products like the iPod and then the iPhone were revolutionary. Then, Apple went ahead in 2010 to release the first ever iPad. This huge machine was nothing like people had seen before. A giant iPhone, everyone referred to it. To be honest, that is exactly what it was. For quite a while now, iPad has made its way into the market as the sole tablet-based machine. While the likes of Android machines did power through, iPads held their ground well. Over time, the device evolved too, into something different, the bezels squeezed. Sadly though, all this time and the iPad’s who purpose faded away. Apple starting fitting it with so much power and yet it was held back by iOS. Its restrictions and a hefty price tag, this was not the laptop replacement Apple touted it to be.

Ever since Apple’s release of the iPad Pro line, the company has had a reason to attach a huge price tag to an already expensive product. Starting at $799, the tablet outprices even some of the luxury laptops in the market. Apple equipped the latest machines with A12X Bionic chips and state of the art GPUs. These allowed it to produce power that trumped even the XBOX gaming machines by Microsoft. While it could do all of that, even iOS 12 could not do it any justice. People were starting to find the iPad quite redundant. Well, that is all in the past after WWDC 2019.

Perhaps this was something that was long overdue. Apple has finally listened to the people. This is something reviewers have cried for, for ages. At WWDC 2019, Apple introduced the never before seen, iPadOS. Separating the iPad ecosystem from the regular iPhones and iPods, Apple has made the iPad unique. The iPadOS allows iPads to function more of a working computer rather than a browsing machine. The new operating system allows the iPad to function as an all-in-one goto Pro machine, on the go.

Now, it wouldn’t be something new if it weren’t packed with features. With the iPadOS, Apple had to tread quite carefully. With their recent release of the new MacBook Air, Apple could not give so much accessibility to the device to render the new Air, useless. This may sound like an easy job to do but it really quite isn’t. To make your product good but not so good, but not bad either that the people start hating on it. No, the iPad, powered by the iPadOS happens to be the perfect bridging gap between the expensive Apple machines.

The All New Files App

Talking about the features, while there are many, my focus is on those which make the iPad more than it already was. Firstly, the Files App comes to mind. The Files App was first introduced back in 2017 with Apple’s iOS 11. While it was a welcome feature for the platform, when it came to the iPad, it held the power machine back. Apple’s laptop replacement could not deal with raw files quite so well. This time around though, Apple has certainly fixed it. Users will now experience a completely redesigned app, made for more functionality and quick, easy access to all the files. With the new detailed view, the files app allows users to scroll through their files, boosting through their workflow like a breeze. Not only that, but the app also welcomes file servers for easy data sharing with a group of friends or colleagues. This includes the new collaboration in files and folders for multiple users. The biggest and most awaited feature though is the support for external drives.

Ever since Apple bundled the new iPad Pro with USB C, people were met with a mix of emotions. On one hand, while the new USB C port was quite welcome, a step into the future, Apple had held it back. This meant that people could not really connect any external device to the “Pro” machine. Something the Surface line had done quite well. With this new update though, Apple tackled this with external storage drive support. This would allow users to easily import files such as photos or videos onto the iPad. Given that the iPad would soon be geared with a full desktop-grade Photoshop App of its own, this would be quite useful. Not only that, the existing iMovie application can benefit from that too.

Overall, the entire app refresh is quite welcome. Although still in beta mode, it is well received and pushes the iPad one step close to a go-to machine for light editing or work for content creators. 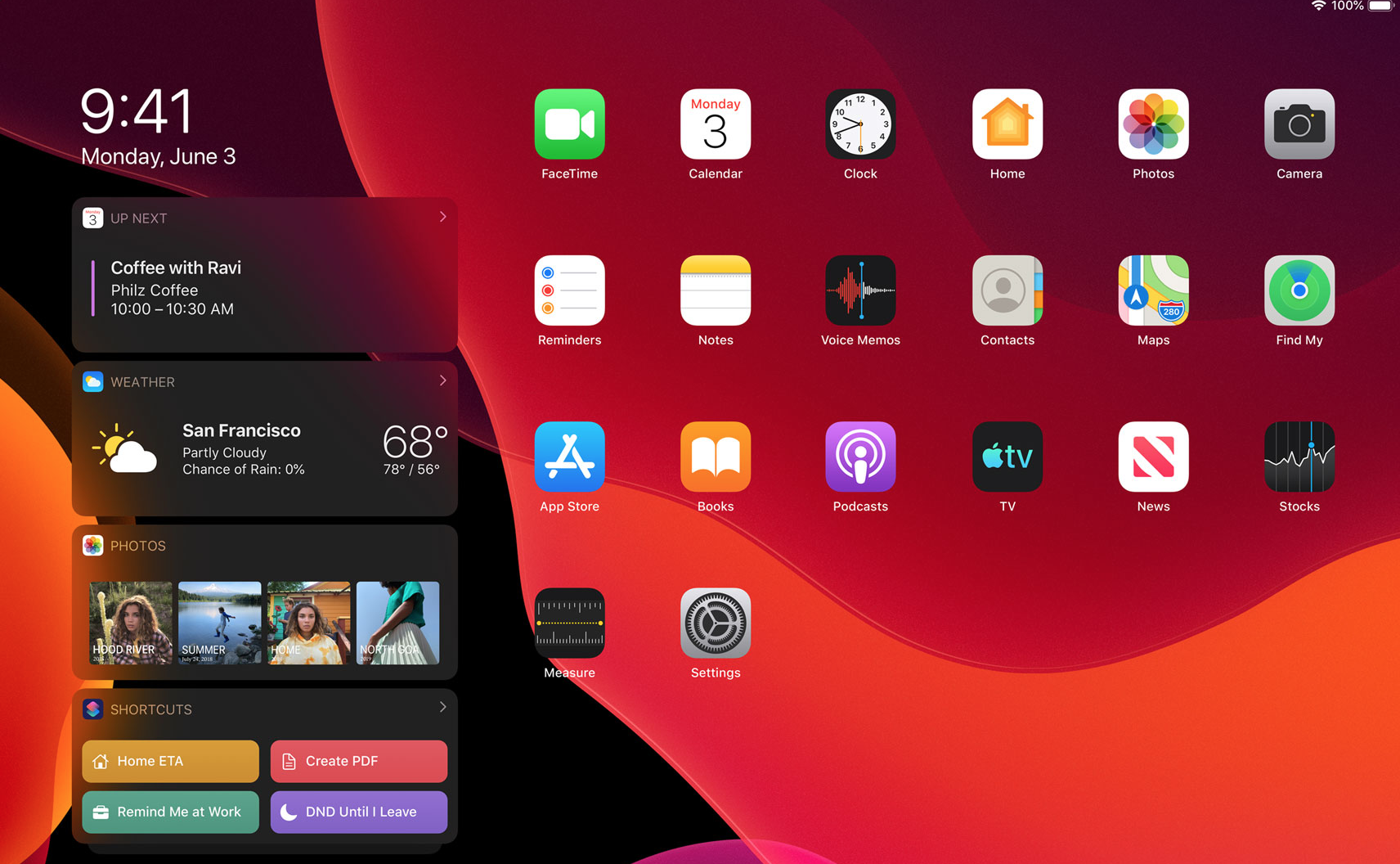 One thing that restricted the iPad from a full “computer” experience was its home screen. While it is quite intuitive and easy to use, nothing about it screams “Pro”. Perhaps that is the mindset and the status quo opinion that we are fed. But, anyway, that is the case.

Apple took the liberty to fix that, somewhat. While they wanted to maintain the essence of the original iPad, they also wanted to increase productivity, perhaps. In fact, they wanted to eradicate the stigma attached to the device that made people question its existence in general. With the new home screen, users geta task/widgets pane on the left of the screen. This can be either very dark theme if you have the dark mode activated or it can be just plain similar to the old style of colour.

Users will now notice that the icons are sized smaller than how they were previously. This gives a more cluttered up look. It does take away the informal way the iPad was structured, not giving it the “pro” feel but to me, this just looks a bit messy.

While there are other features added to the iPadOS, I simply could not do justice to it, by not covering them all. In my top 5, after the most important ones I mentioned above, are the use of a mouse now supported on the iPad. Not to mention, via a dongle, users can now connect hard drives, USB drives for instant data conversion. Lastly, and I cannot stress this enough, the swipe keyboard support on the iPad is to die for. Now, I know Android fans have that smug look on their face but honestly it does not matter. This is our moment. The other day, I had a text on iMessage and this was in landscape mode. Replying was quite easily with the new keyboard which otherwise would have taken me 30 seconds to first get it right and then eventually have the iPad fall from my hands onto my lap or even on my face.

What I am trying to say is that the new update is quite well developed and brings the Pro feeling to the iPad Pro. No, you still cannot replace your main machine with this system. It still has a long way to go but I can safely say, with the iPadOS, Apple has taken a turn in the right direction and the users are loving it. For people, like myself, who cannot wait for the official update this fall, a public beta version is now available. Although I would not recommend it, if the iPad is your main machine because it is still very glitchy and full of bugs.