Perhaps the only formidable competitor to the Mac, from the PC side is the Surface lineup from Microsoft. While supporting a sturdy build and excellent quality, these PCs are in no way inferior to the thousand dollar machines by Apple. Having said that, this particular point is common between the two as well.

Surface laptops and tablets are one of the most expensive options when it comes to the PC. In fact, potential buyers may spec up the Surface Laptop 2 up to a whopping 3000$ price tag. In the current PC market, that is quite a lot. This is not to say that price is the only thing that prevails in the package. No. Delivering performance with great aesthetics, Microsoft’s Surface is a complete package. 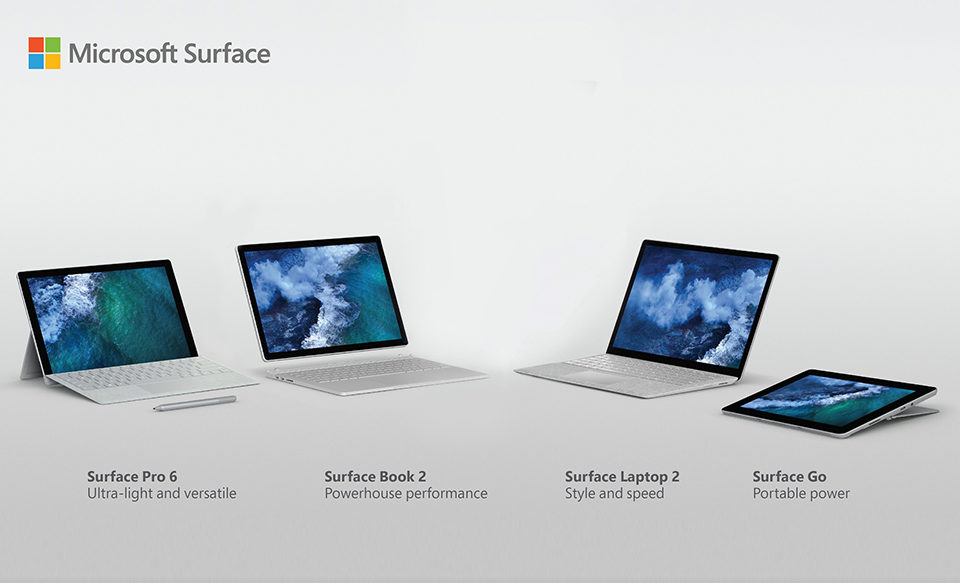 It couldn’t be clearer that Microsoft takes a hit at Apple with each of these products. While other manufacturers have given up when it comes to the tablet market, its just Microsoft reaching to Apple. With their recent Surface Go, they treaded the budget market too. While the company still has a long way to go since the Surface Pro lineup, which can actually compete with iPad Pro, is way more expensive.

With the introduction of iOS 13, the iPad has gained a lot of points in the functionality department too, raising questions whether the Surface Pro would be a good alternative for a very smooth and established platform. But then again, Microsoft is a giant itself. It definitely has something up its sleeve.

Microsoft’s Future for The Surface Lineup

According to a report by Jeff Lin, reported to Forbes, the company would be opting for foldable displays on its upcoming Surface machines. Not only that but according to the report, the machine would have support for Android apps to run. While others may ignore the fact, I would definitely like to come back to its implications later.

For now, the main news remains the idea of a foldable display. It is not the first time we hear of the idea from Microsoft. It was back in January and February that news and rumours about Microsoft started floating around. These rumours carried the idea that the company may be opting for foldable screen technology for its mobile devices. This was back when the Samsung Galaxy Fold and Huawei’s Mate X held the rumour train by the neck. Everyone was hyped up by the idea of a foldable phone. Not to blame them though because, in the hands-on videos and clips, these devices looked out of this world. Sadly though, we all know how these panned out, the Samsung ones at least. So, to sum it up, it would be interesting to know how Microsoft manages that. For now, the device and its specs are supported by limited news. 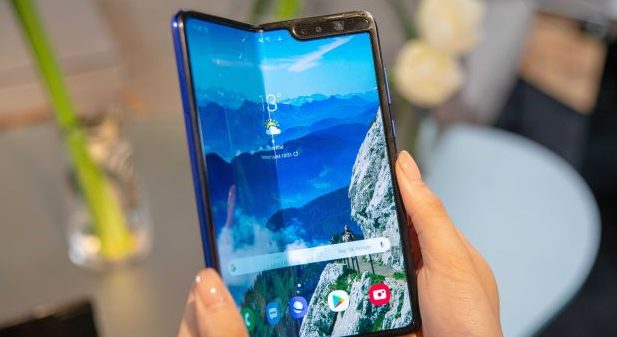 An Anticlimactic End to an epic Concept- Samsung Galaxy Fold

Diving into more details, there will be a device that would be equipped with two 9-inch displays. Perhaps they plan on going for what the Zen Book Pro Duo by Asus did. Though it is hard to imagine how they would incorporate the displays, it surely sparks in some excitement regarding the device. It would be interesting to see how to incorporate the keyboard into the device since it is quite an essential feature.

Secondly, the device would most likely be running Windows Core OS.

This is something that has been teased on about since 2017. The idea behind this all-new operating system from Microsoft is to defeat the Status Quo. To understand clearly what the operating system represents, we should focus on the name, “Core”. This implies that it is something that runs every single thing. In this context, we refer to the machines by Manufacturers all around (except Apple). What Microsoft aims to achieve with this new OS would be to centralize their systems. This means that you could be running the same operating system on your laptop machine as you would be on your tablet. The ultimate goal would be to have that all in a flawless stream of processes.

With Core OS, Microsoft aims to go for that, dumping the legacy approach once and for all and opting for UWP. This is because UWP is lighter and widely used already. Not that it should be mentioned but it would make life for developers a thousand times easier.

Coming back to our rumored product at hand. While the core (no pun intended) features included do spike interests, there are a couple of things to be concerned with. Perhaps the biggest one would be to opt for Intel chips.

According to the report, the device with two screens would support a 10nm Lakefield SOC. While there is no doubt that Intel has shown time and time again that it is a beefy performer, when competing with the likes of Apple, the cost is of the essence. It should not be forgotten that Surface Pro series out prices the iPad Pro series. The iPad, with its new OS, does carry more power than the former though. In my opinion, AMD chips would have made more sense. The cost to performance ratio is unparalleled and the newer generation has shifted to a 7nm process, something on par with that of Apple’s.

Another issue that picks on the brain would be the inclusion of the Google Play Store Support. Now, this is quite apparent what Microsoft is going for. Google has been known to provide desktop support for its native store. Not only that, Huawei with its new OS would bear the same feature. While jumping on the bandwagon, they may have failed to see how they would integrate it with their own ecosystem given that there is a Microsoft Store as well. Not only that but to host the Apps in a separate Body of software could be a bit tricky, with duplicate and similar apps from both platforms clashing against one another.

Perhaps all these issues are just me and other commentators just overthinking. It is Microsoft after all, they do come up with excellent solutions and software. Perhaps none of these things would be a problem. To be honest, these shortfalls don’t even hinder the level of excitement brought along with the news. This is because according to Jeff Lin, we could be seeing the dual screen Surface in middle of the next year while the foldable Surface would be coming out somewhere near the end of 2020 or the starting of 2021. All we can do is saddle up for the rumor and leak train to explode over the next few months.