With operation Ember Rise coming to a close, a reputable Rainbow Six Siege leaker has spilled the beans regarding the game’s upcoming season. The year four season four update is scheduled for a reveal on November 10th, and Ubisoft is expected to introduce two new Kenyan and Indian operators. 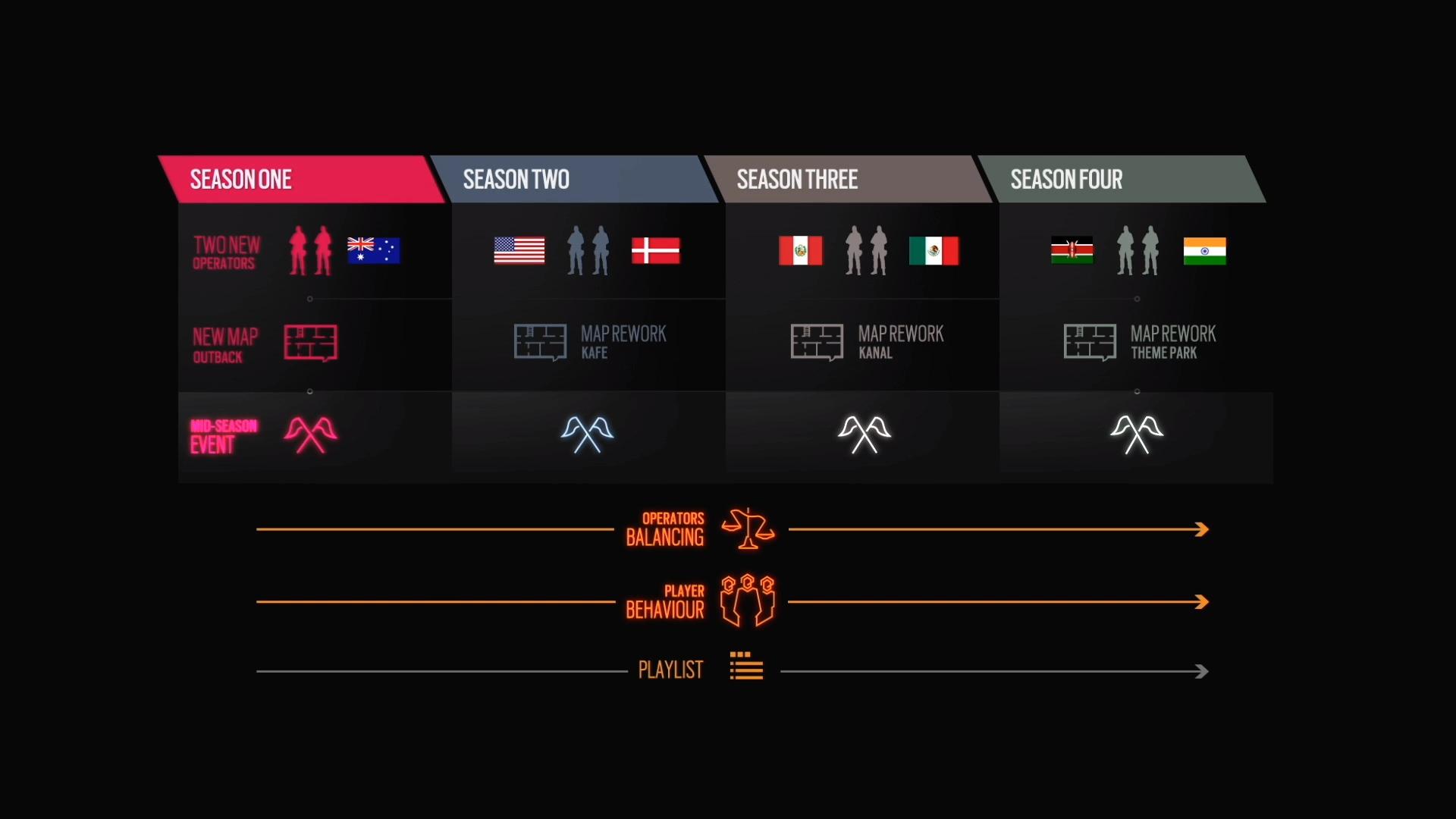 Four years after the game’s release, Rainbow Six Siege is finally adding a competition for Jager. The Kenyan defender allegedly carries a device “that sucks in a grenade at a time and triggers them”. There’s no information about the operator’s loadout, but he is supposedly a one-speed three-armor operator.

On the attacking side, the female Indian operator is armed with a “grenade launcher that fires a device which charges up and destroys gadgets around it”. She also carries a bolt-action rifle, which if true, would be a first for the game.

In addition to the new operators, season four will add the infamous proximity alarm secondary gadget. Hinted at in several operators’ voice lines, this unique defender gadget is finally coming to the game in the next season. Furthermore, attackers are also receiving a “small thermite charge“ as a secondary gadget. The exact functioning of both gadgets is unknown, but judging from their names, they seem fairly straightforward.

In addition to season four details, Kormora shared some interesting information regarding year five. References to a “medic drone operator” and an “akimbo dude” were made. The leaker also claims that other fascinating ideas such as a shield with a knockdown stun, flamethrowers, and even light beams were scrapped due to engine limitations.

In the coming months, however, Ubisoft could be releasing the Tachanka rework. Allegedly, he will “no longer need his turret” and also has “a new interesting play”.

While Kormora has proved to be a reputable leaker, take this information with a grain of salt. The full reveal of the next operation takes place on November 10th after the season ten pro league finals.