It hasn’t even been a week since the Pixel 4 devices came out but since then has been bashed by many critics. From the camera setup being underwhelming (by Pixel standards) to the less than average battery life, there aren’t many avenues where the Pixel 4 shines out.

Google introduced a new screen for the Pixel 4 lineup, one with a high refresh rate. While the 90Hz panel is still better than a standard 60Hz one, there were some compromises made. Firstly, the front look of the device looks quite dated. With a huge forehead supporting all the sensors, the Pixel 4 finds itself years behind the competition in terms of design. Even the implementation of the 90Hz display is weird.

Google has taken many steps to compensate for its smaller battery and one of them is the changing refresh rate of the display. The display, according to Google switches between 90Hz and 60Hz depending on the person’s usage (pretty standard). What many reviewers did notice though was the fact that a lot of times the display was at 60, rather than 90. And if that isn’t annoying enough, Mishaal Rahman, Editor-in-Chief at XDA Developers, just tweeted a Reddit link claiming that the device’s refresh rate switches based on the screen brightness as well.

Holy crap. Google Pixel 4 changes between 60Hz and 90Hz based on screen brightness.https://t.co/J6J2SjNBEw

I tested using ADB and logcat.

Upon deeper analysis using ADB, the developer found out that once the brightness was below 75%, the screen would automatically be capped at a 60Hz. According to his tweet, he wagers that the step was taken to save up battery as people may not notice the frame rate drop. This may just be true since users commented that the device does not have the brightest panel and they do find it quite dull in direct sunlight. This clearly does not look well for Google. In my opinion, the battery size is to be blamed. There have been a lot of compromises made just for the sake of the sub-par battery that is installed in these devices. Not to mention, the smaller one is rocking a 2800mAh cell (Heck! even the iPhone has a bigger cell). 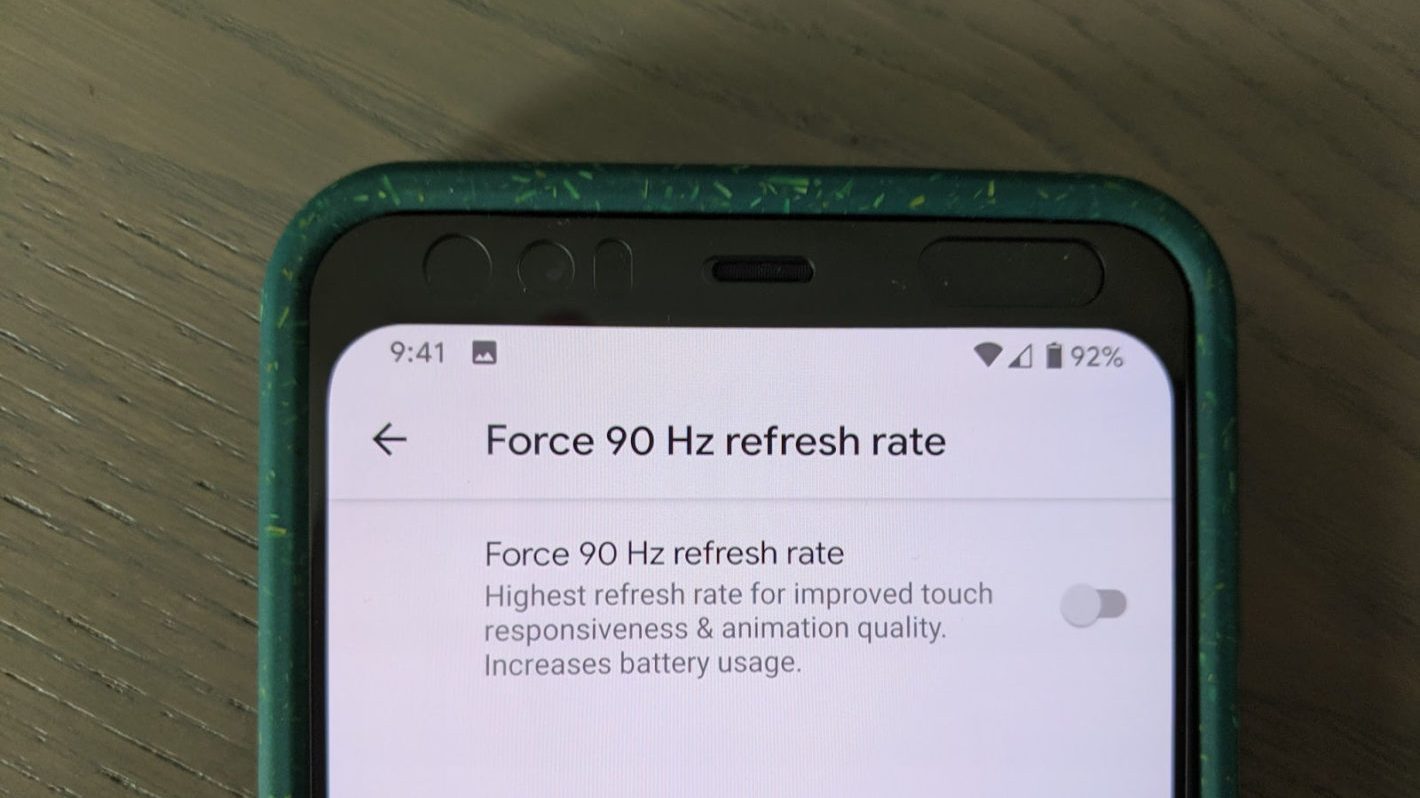 There is a fix for this issue though. Not saying it is a proper fix but if you do not mind losing some extra percentage every hour then users can enable developer options and from there, force the screen to be at 90Hz at all times. According to reviews, the devices averages around 4-4.5 hours of screen on time with the dynamic display. Given that users force the 90Hz option and that it won’t go down to 60Hz under 75% brightness, we could be looking at a harsh hit at the endurance of the device. Let’s see what Google has to say for this.