How To Make A Piezoelectric Battery Charging Shoe?

The device failure due to the lack of energy is a common problem nowadays. Many times important phone calls are left unattended and we aren’t able to reply to an important conversation which is going on between our colleagues and us, just because of the drainage of our mobile phone battery. Almost every person who possesses a smartphone wishes that he/she should have more battery life. So, keeping this problem under consideration we will design a mobile charging technique using our shoes. This project will not only solve the battery drainage problem but it will also promote health by creating a shoe insole that converts the physical energy created by walking into electricity, which is then stored in a portable battery pack. Along with charging our electronic gadget, we will also be able to renew some of our physical energy too.

How To Assemble Piezoelectric Elements With Other Components?

As we have understood the basic aim of our project, let’s move a step ahead and look out for the required components and then integrate them to design a final prototype.

Step 2: Understanding the Basic Principle Of The Project

Before assembling the components we need to understand the working mechanism of the project. In every project of electronics, the power supply is the backbone. The main power source that makes this project possible is called a piezoelectric transducer/piezoelectric element. They are comprised of components like crystals and ceramics that have the special ability to convert physical energy into AC electricity. We can make the best use of this property of these elements by putting them underneath our feet in such a way that every time we take a step our weight is used to push the piezoelectric elements, which in turn converts our physical energy into electrical energy. Electrical energy is generated but there is a slight problem, Alternate Current (AC). We need Direct Current (DC) for our project. Hence, this problem will be solved by creating a Bridge Rectifier with diodes so that AC power can be converted into DC power. 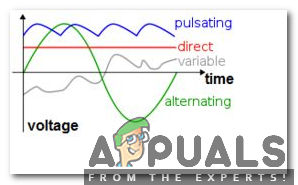 Demonstration Of AC And DCStep 3: Measuring The Size Of Your Shoe

The first element that we need for designing a piezoelectric generator is the plastic base. Take out the base from the shoe and make appropriate measurements using the architectural scale ruler. 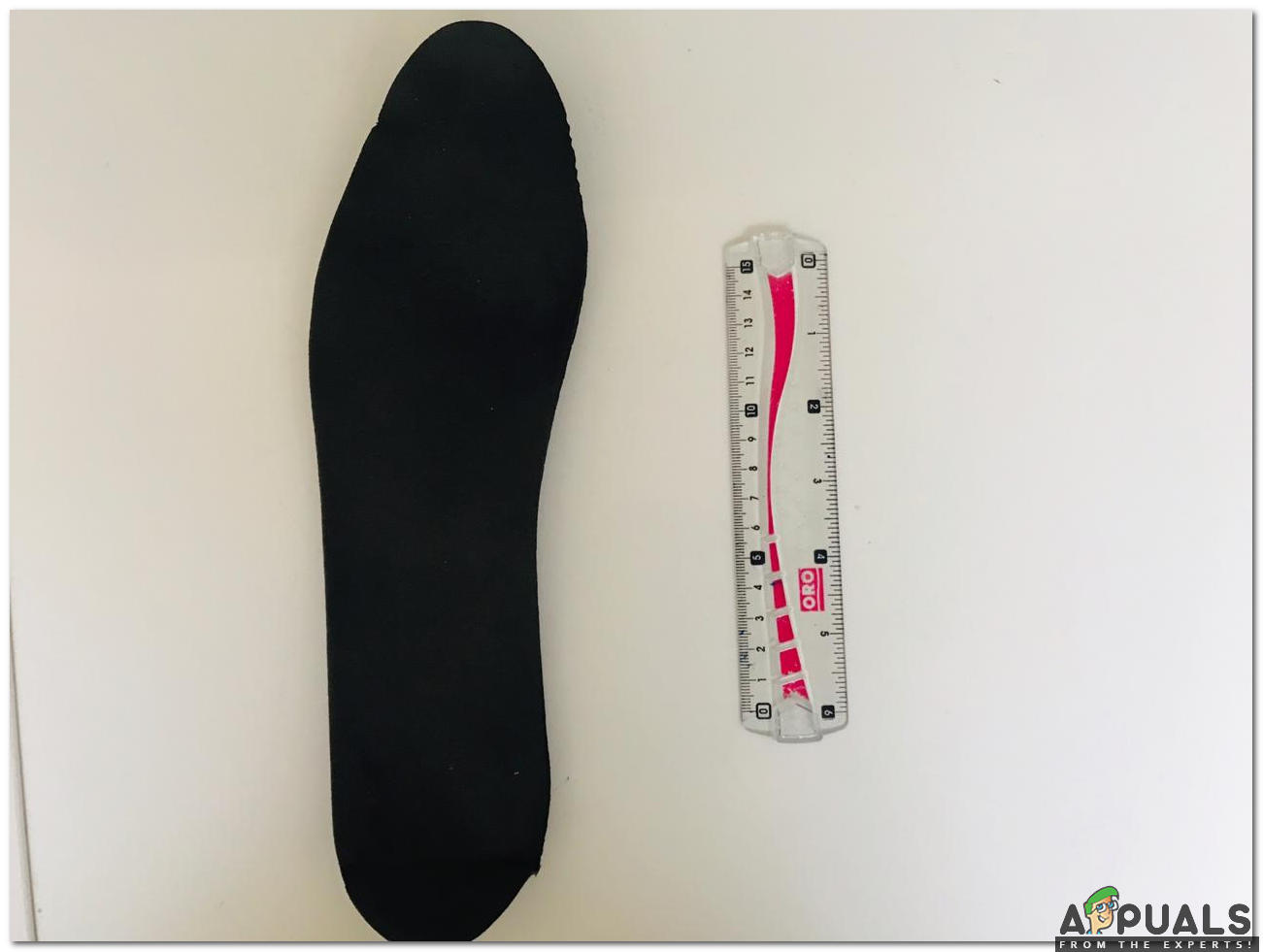 The piezo element holes are strategically placed so that they line up with the large indents on the shoe’s insole, which indicate the areas of most pressure. 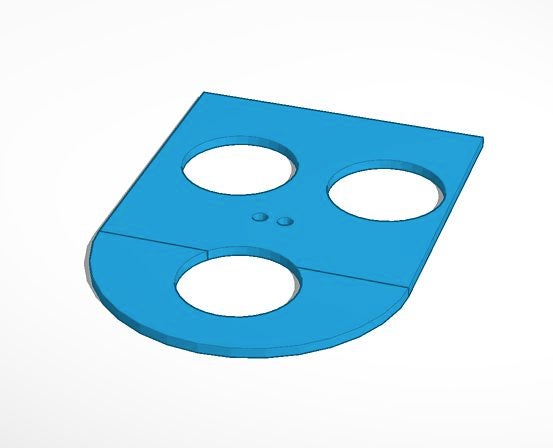 As we have finished creating the base for our piezoelectric generator, we will paste the piezo elements on base with the help of a hot glue gun. Apply the thin layer of glue around the edge of the hole in the plastic and then quickly press the piezoelectric components on it before it is cooled down. Don’t apply too much glue because in case we do so, we may restrict the foam pads from fully compressing. We will take care of one more thing that the glue doesn’t touch the Positive (RED) and Negative (BLACK) joints because that joints will be soldered later on. We will ensure that the piezo elements are glued on both sides of the plastic. Using a digital multimeter we will make sure that our piezo elements are working. 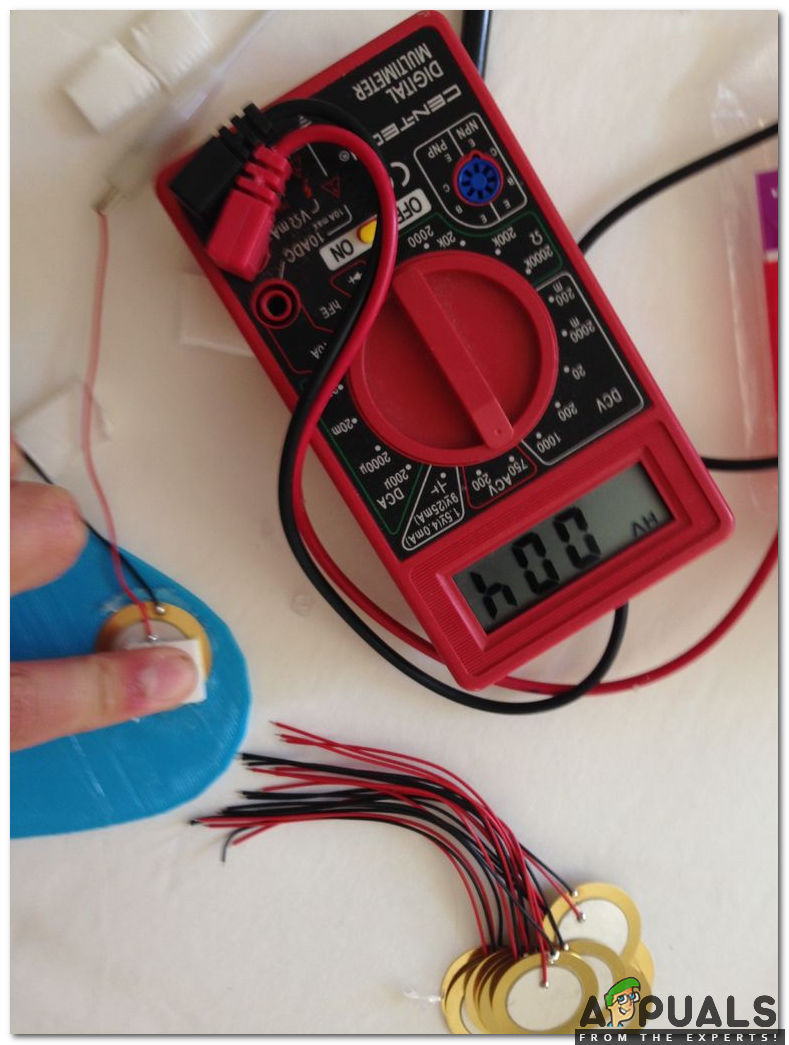 Now, as we have glued all of the piezoelectric elements in their appropriate spots, we will glue the foam pieces onto each piezo element as shown below: 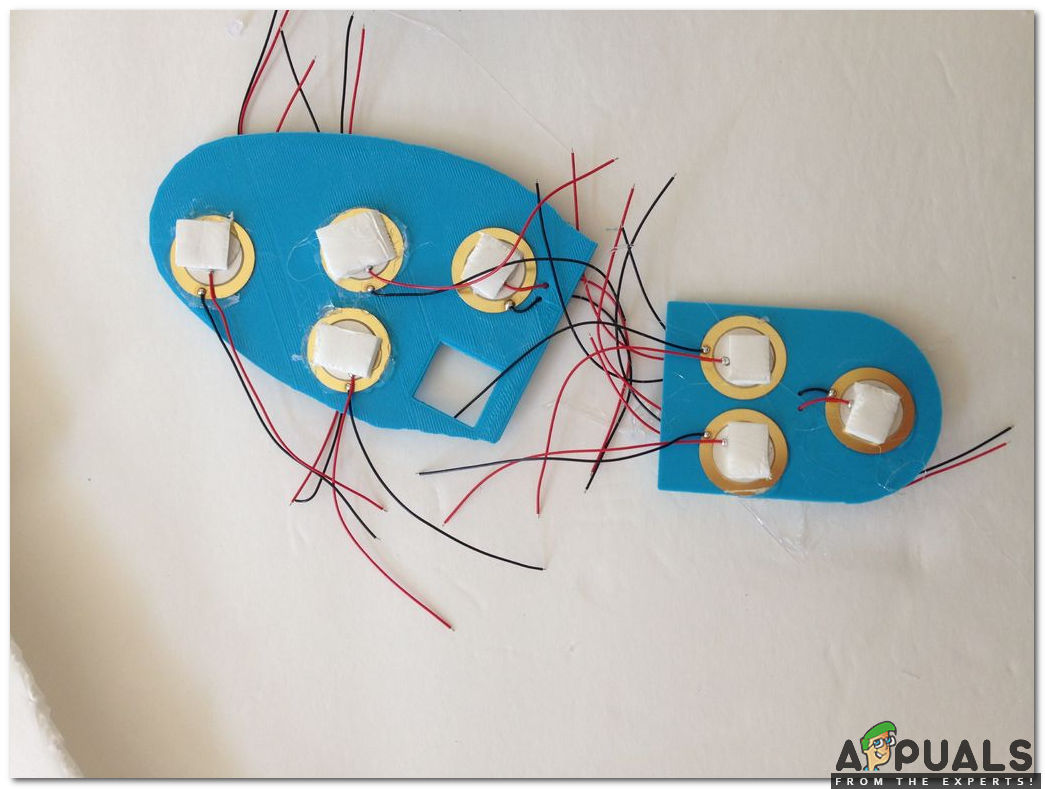 Gluing The Foam PiecesStep 5: SOLDERING THE PIEZO ELEMENTS TOGETHER 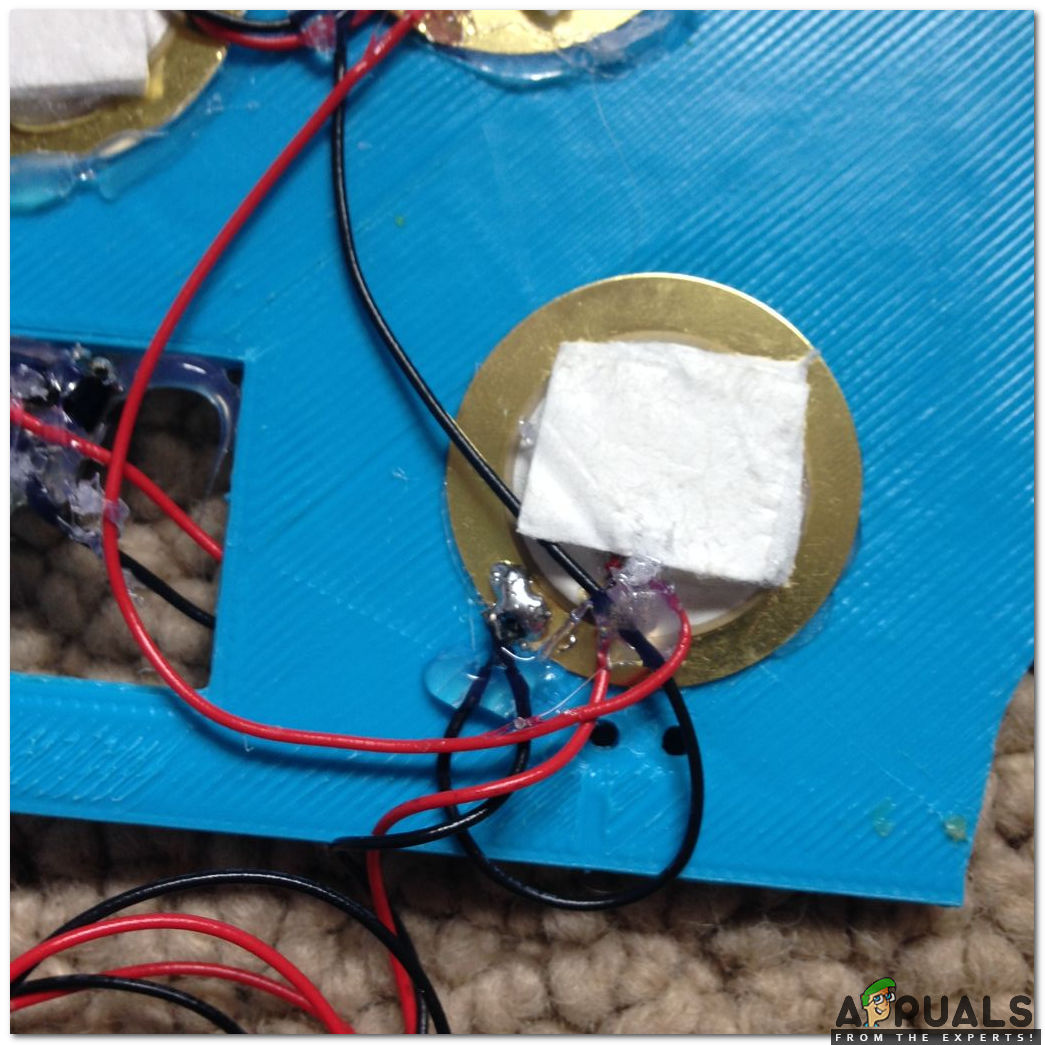 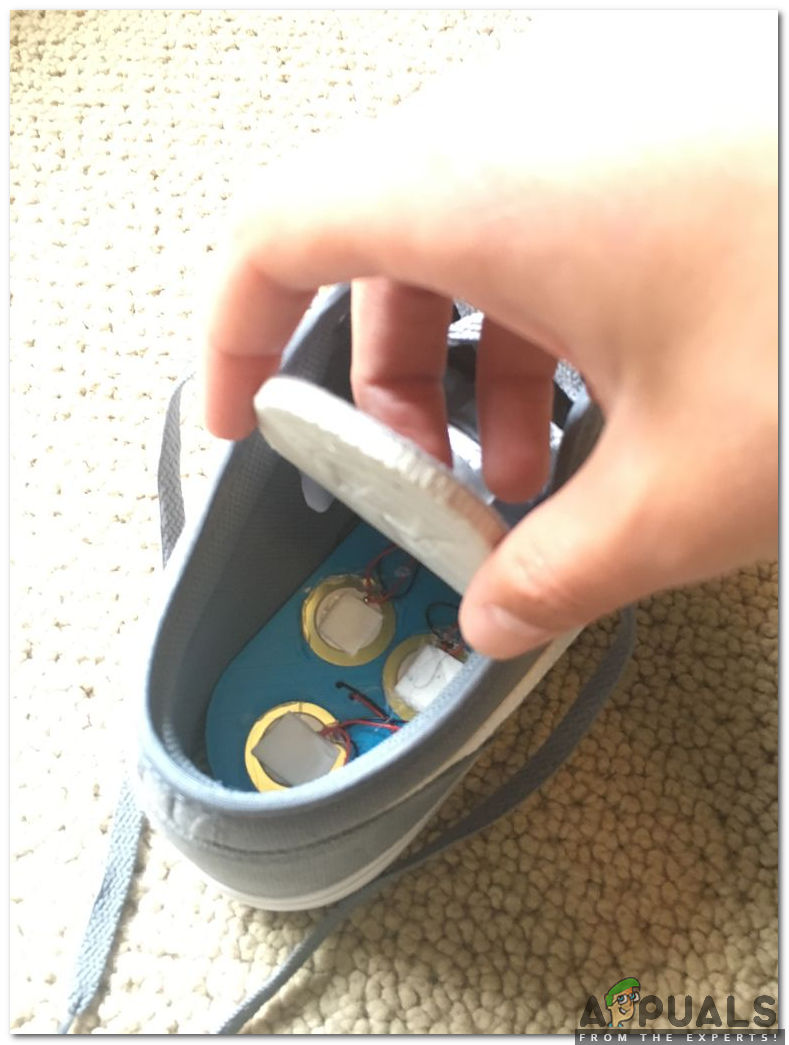 Adjusting The Piezoelectric generator inside the shoe

Take the USB cable wired previously and thread it between the tongue and the outside of your shoe. Now, the battery is left to be mounted and to do so, we will fix it between the tongue of the shoe and laces and then tight the shoe tightly. It is better to use Velcro to fasten the battery pack to prevent the battery from falling out while running. If anyone has a spare shoe then he/she can make a foam cutout from it’s sole and the shoe will rise a little bit. 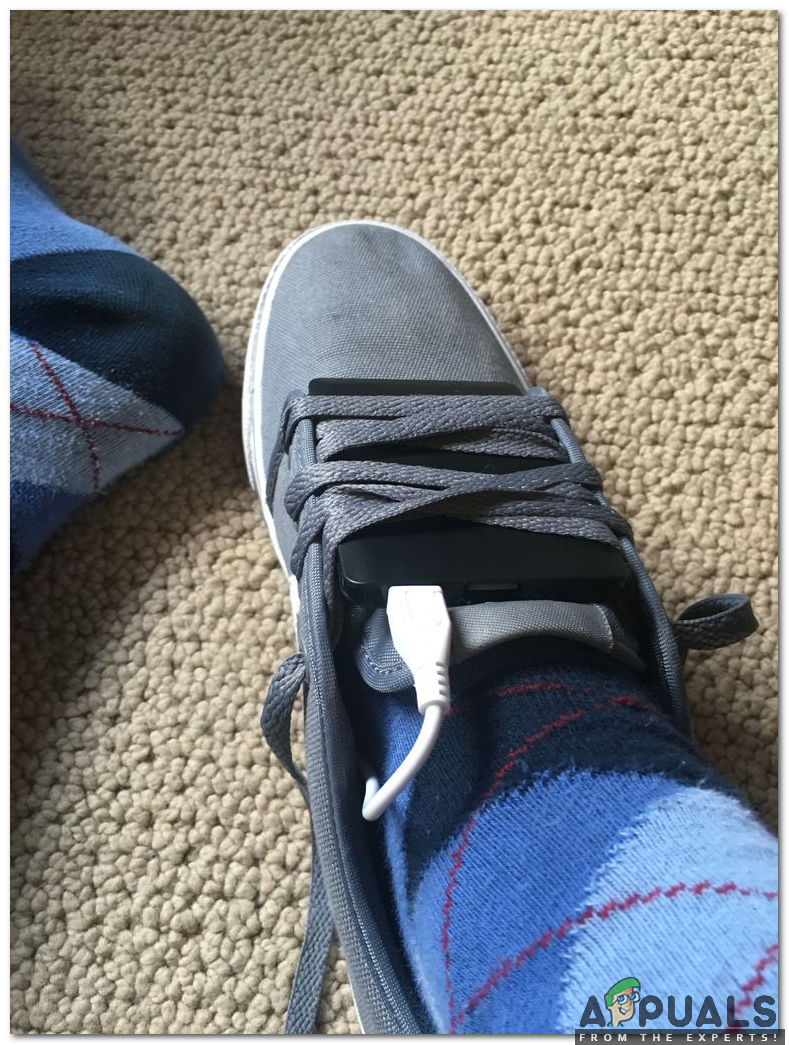 Now, as we have completed the installation part, we should test it, and see whether it’s working or not. To check how well they work we should EXERCISE daily. Play sports every day except for football because your phone can be damaged while hitting the ball from the foot. The battery will charge only whenever we take a step so, as many steps we take our phone is charged more rapidly. 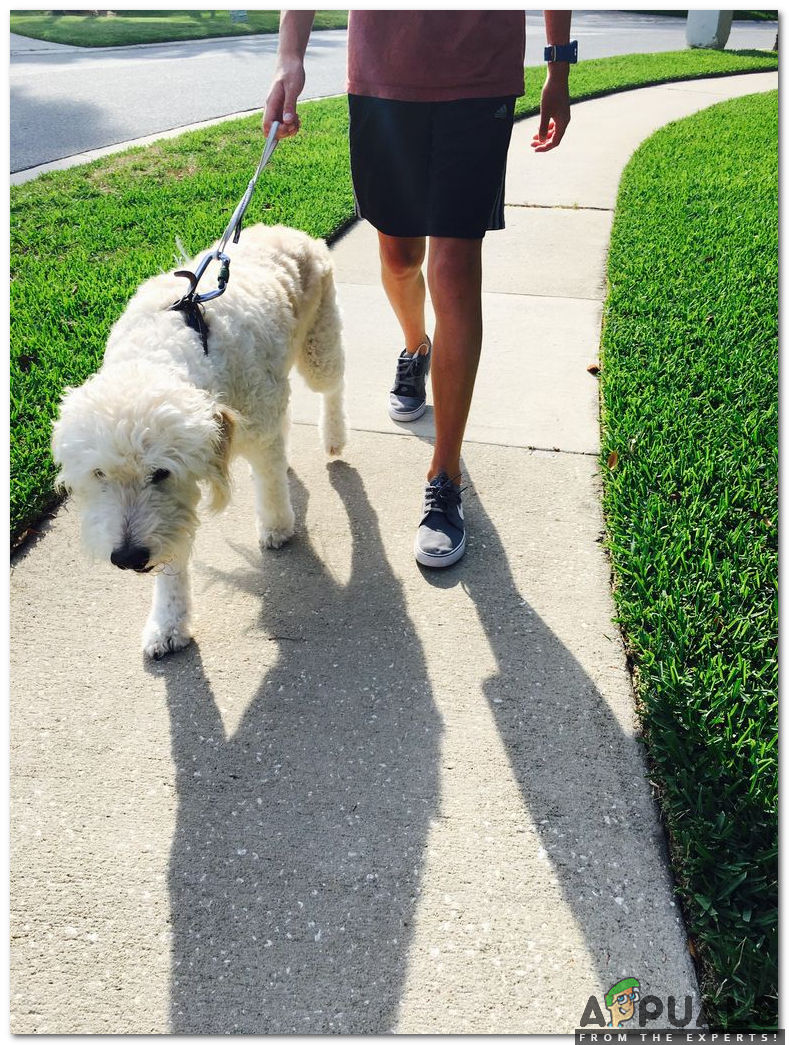