The Chinese giant Oppo new teaser appears on Weibo which confirms the company’s presence at the upcoming MWC Shanghai. The teaser gives a pretty good idea regarding what the company is cooking for the upcoming event. The poster confirms Oppo is all set to unveil the world’s first phone with under-display selfie camera on June 26th. 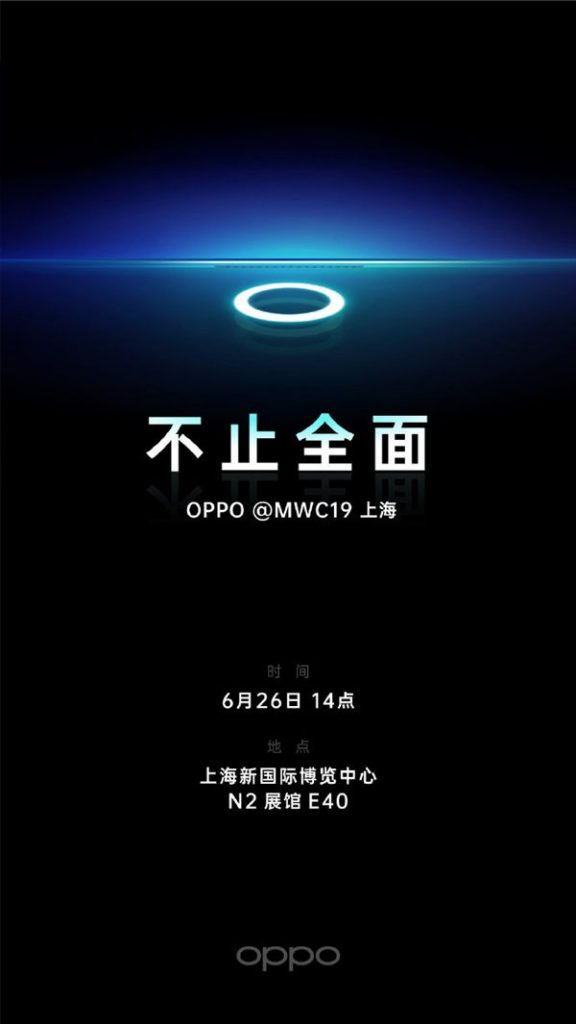 In last year or so all OEMs are trying different solutions to achieve the full front-facing display without any interruption. Oppo introduced a slider mechanism for the selfie snapper. Vivo and OnePlus launched phones with pop-up selfie snapper. In December last year, we had seen Huawei Nova 4i and Samsung Galaxy A8s with the punch-hole selfie camera. All the solutions are meant to enhance the screen-to-body ratio and offering full front-facing display without hindrance.

For those seeking the perfect, notchless smartphone screen experience – prepare to be amazed. 📲

You are taking a very first look at our under-display selfie camera technology. RT! 🤯 pic.twitter.com/FrqB6RiJaY

Being the latest innovation it isn’t as mature as the conventional selfie cameras. That’s why the results are also not as good as conventional cameras. The new under-screen camera tech isn’t fully mature at the moment and the development is still in the early stage. It seems like Oppo isn’t the only OEM working on under-display camera phone. Soon after Oppo demo video, Xiaomi also showcased a Mi 9 prototype with an under-display camera.

Do you want a sneak peek at the future? Here you go…introducing you to Under-Display Camera technology!#Xiaomi #InnovationForEveryone pic.twitter.com/d2HL6FHkh1

Fortunately, the Oppo teaser confirms the fans don’t have to wait longer as the official announcement is just a week away. The chances are high at the event the company will only showcase the phone with an under-display camera. For the final product, Oppo fans still have to wait longer.

Feel free to share your thoughts regarding the Oppo under-display camera phone announcement in the comments section below. Stay tuned, we will keep you updated.