How To Make A Buzz Wire Game Using Arduino?

Buzz Wire game is a tabletop amusement that is the most popular in the world of steady hand games. The play includes several touches in a limited time and demands, steady hands and concentration of the player. It is a competitive game, in which, t obtain a good score, the player has to maintain a good balance between the time and speed of his hands. 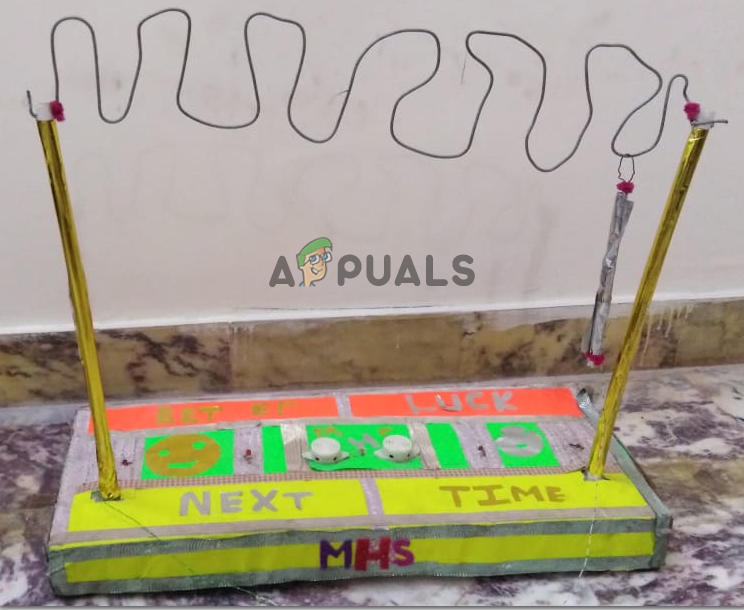 In this project, we are going to make the hardware of this game and use an Arduino microcontroller. When the hook of the handle will touch the loop, a signal will be sent to the microcontroller and it will sound a buzzer.

How to make a Buzz Wire game Using Arduino?

If you don’t know how to play this game, the goal of this game is to take the hook of the handle from one end of the wire loop to the other end of the loop without touching it to the loop. If the hook touches the loop of the wire, a buzzer will sound and the player will have to start again from the beginning of the loop. A person who does this in the shortest time is considered to be the winner.

Now, as we have a complete list of all the components, let us move one step forward and go through a brief study of the working of every component.

A Piezo Buzzer is an audio signaling device or a loudspeaker in which a piezoelectric effect is used to produce sound. A voltage is applied to the piezoelectric material to produce an initial mechanical motion. Then the resonators or the diaphragms are used to convert this motion into an audible sound signal. These speakers or buzzers are comparatively easy to use and have a wide range of applications. For example, they are used in digital quartz watches. For ultrasonic applications, the operate well in the range of 1-5 kHz and up to 100 kHz. 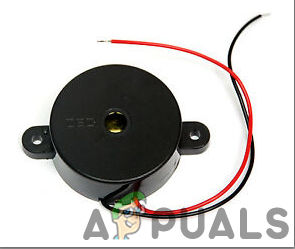 When the whole hardware of the buzz wire game is made, all the connections of wires are made with the Arduino board. A High signal is sent to pin9 of the Arduino board. As this pin is connected to the wire loop of the board and the hook of the handle is connected to the positive pin of the buzzer, when these two will touch each other, a circuit will be completed and a voltage signal will through the loop wire to the hook of the handle and the positive pin of the buzzer. This will sound the buzzer even if the connection is for a small part of a second.

Step 5: Getting Started With Arduino

The code is very simple and well commented. Still, it is briefly explained below.

1. At the start, a pin is declared to be used on the Arduino board.

int buzzPin = 9; // Initialize the pin that will be connected to the buzzer and LED.

2. void setup() is a function that is used to set the pins as INPUT or OUTPUT. It also sets the baud rate of the Arduino. Baud rate is the communication speed of the microcontroller board and in other words, we can say that it is the bits per second.

3. void loop() is a function that runs again and again in a cycle. Here we are just sending a HIGH signal to the pin9 of the Arduino board.

void loop() {
digitalWrite(buzzPin,HIGH); // Sending a HIGH login on the buzzPin
}

Now as you know how to make an awsome buzz wire game at home, enjoy making your own and playing it with friends or family. Let’s see who can manage the hand speed with time.